Today, we're seeing some excellent $99 one-way flights available on nonstop coast-to-coast flights as well as a few routes to Europe. Check below to see our top 10 airfare picks for today. 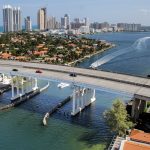 Hit the beach for cheap! Fly nonstop from New Orleans to Miami for $81 roundtrip on American. Travel on Tuesdays and Wednesdays in February for this price. I was able to find seats departing New Orleans on Wednesday, February, 13, returning from Miami MIA on Tuesday, February 19. It's Basic Economy, which isn't so bad on American since it still includes a normal carry-on bag. Main Cabin Economy fares for these dates are $197 roundtrip. 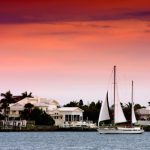 Take a winter break in Florida with nonstop flights from Denver to Tampa for $117 roundtrip on United. This fare can be found for travel on scattered dates in February and early March. Travel to Florida Sundays through Wednesdays, and travel from Florida Tuesdays through Saturdays. I found seats departing Denver DEN on Wednesday, February 13, returning from Tampa TPA on Saturday, February 16.

It's Basic Economy, which is more restrictive on United than others. Pack super light and take just a small backpack to the beach or pay $30 each way for a checked bag. If you want to avoid Basic Economy restrictions altogether, a standard Economy fare is $227 roundtrip for these dates. 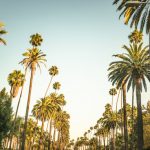 We love when Southwest drops its fares to similar levels as the budget carriers like Spirit and Frontier. Fly nonstop from Atlanta to Los Angeles for $140 roundtrip on Southwest. With two free checked bags included, this airfare is cheaper than paying for baggage fees alone on other carriers. Plus, you'll have peace of mind with Southwest's no change fee policy. Travel on scattered dates through early May. I found seats departing Atlanta ATL on Friday, February 22, returning from Los Angeles LAX on Tuesday, February 26. Many popular coast-to-coast routes are on sale for $99 each way. Nonstop flights from New York to San Francisco for $197 roundtrip are about as low as this route ever gets. Choose between American, Alaska, and JetBlue. I'd recommend JetBlue for its extra legroom and the fact that it has yet to introduce Basic Economy so you'll also be able to choose a seat for this price on JetBlue. Travel on Mondays, Tuesdays, Wednesdays, and Thursdays, starting next week through mid-April. I found seats departing New York JFK on Thursday, March 14, returning from San Francisco SFO on Monday, March 18. 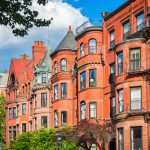 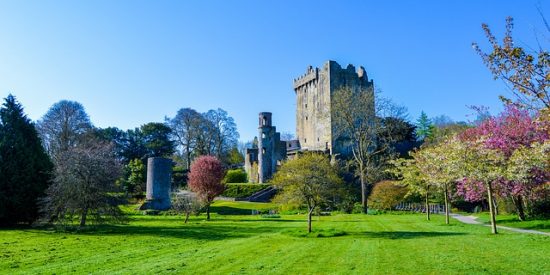 Norwegian's latest sale has lower prices than we've seen in recent sales. Plus, it is the first sale to include spring 2019 travel on seasonal routes. Fly nonstop from Providence to Cork for $250 roundtrip. If you need a cheap one-way flight to Europe, this flight can also be purchased for $99 one-way, which is extremely cheap compared to what the major carriers charge for one-way flights across the pond. I found roundtrip flights departing Providence on Friday, May 3, returning from Cork ORK on Tuesday, May 7. Other dates are available for travel in April/May. Travel to Cork on Mondays, Wednesdays, and Fridays. Travel from Cork on Tuesdays, Thursdays, and Saturdays. If you're unfamiliar with Norwegian, make sure to read our guide on How to Fly Norwegian Air. WOW Air has gone back to basics and reduced its route network considerably in the past few months. One city I'm surprised to still see on the map is Detroit, which is likely due to limited competition. WOW Air is blowing away the competition on flights from Detroit to Europe in its latest 30% off promo code sale. Fly from Detroit to Paris for $279 roundtrip by using promo code WOWVALENTINE when booking on wowair.com. The promo code will discount travel from February through May. 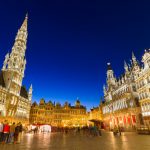 The legacy carriers also have some great fares to Europe today. Fly from Philadelphia to Brussels for $368 roundtrip on Air Canada/United. Other airlines have slightly higher fares. Travel Sundays through Thursdays, from late February through May. A 7-night minimum stay is required. I found seats departing Philadelphia PHL on Thursday, April 4, returning from Brussels BRU on Thursday, April 11. It's Basic Economy, which means only carry-on bags are included and seats are assigned at random. A checked bag costs $60 each way if necessary. Spring break in China? It may be cheaper than going to the Caribbean. Take a culture trip from Chicago to Beijing for $396 roundtrip on Air Canada. Departures from Chicago are available from February through April, with return travel from Beijing available through mid-June. I found seats departing Chicago ORD on Friday, May 15, returning from Beijing PEK on Monday, May 25. Some itineraries may require an extended layover, which can be a great way to see two cities for the price of one.