A few airlines have announced major expansions this week. Today is a great day to snag a deal and try out one of the newly announced routes. We're also seeing some excellent cross-country fares and fare war deals to locations all over the world. Have a look at our top 10 airfare picks for today. Frontier Airlines has announced 22 new routes this week. The most exciting news is the addition of Boston (BOS) to Frontier's route map. New nonstop service from Boston to Orlando begins April 19, 2019, with intro fares for $77 roundtrip. This price is available for travel on Tuesdays and Wednesdays, through mid-June.

I found this price available departing Boston BOS on Wednesday, April 24, returning from Orlando MCO on Tuesday, April 30. Frontier's fares only include one small personal item. A checked bag costs $25-$30 each way. Larger carry-on bag fees start at $30-$35 each way. Frontier is also adding new service to/from Las Vegas (LAS), Orlando (MCO), Philadelphia (PHL), and Raleigh (RDU). One of the best deals in the intro fare sale is new nonstop service from Detroit to Las Vegas for $97 roundtrip. Service begins April 30, 2019, and this price can be found for travel on Tuesdays through mid-June.

I was able to find seats departing Detroit DTW on the inaugural flight Tuesday, April 30, returning from Las Vegas LAS on Tuesday, May 7. This route now has both ultra-low-cost carriers Spirit and Frontier in head-to-head competition, which will inevitably bring down prices on Delta and Southwest as well. Alaska Airlines has some incredible cross-country fares in this week's sale. Included in this sale, fly nonstop from Baltimore to San Diego for $197 roundtrip. Better yet, Southwest is matching this price with $198 roundtrip flights, which includes two free checked bags and has no change fees. Travel is valid on Tuesdays, Wednesdays, and Saturdays, through mid-March, with a 21-day advanced purchase required. I found seats departing Minneapolis MSP on Monday, July 1, returning from Newark EWR on Saturday, July 6. This is an incredible price for a trip to the big apple over the 4th of July holiday. Sun Country's lowest fare only includes one small personal item. A larger carry-on bag and/or a checked bag costs $30 each way when booked online. 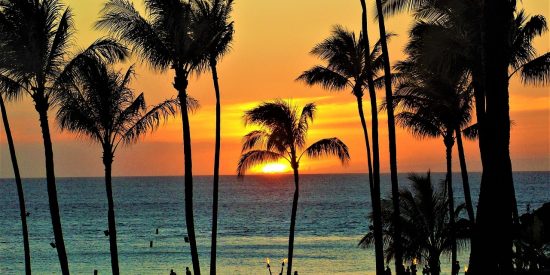 Fly nonstop from San Jose to Maui for $298 roundtrip on either Alaska or Hawaiian Airlines. Travel on Mondays, Tuesdays, Wednesdays, and Thursdays, from late January through mid-March. I found seats departing San Jose SJC on Wednesday, March 6, returning from Maui OGG on Wednesday, March 13.

How about spring break in Brazil? Fly from Miami to Rio de Janeiro for $343 roundtrip on American/LATAM Brasil. Flights for this price can be found from February through November, except for peak North American summer months from late June through early August. I found seats departing Miami MIA on Friday, March 22, returning from Rio de Janeiro GIG on Sunday, March 31. Some itineraries might include nonstop flights in one direction. We expect airfares to Croatia to come down this year. The new year is already kicking off some great sales to this newly popular tourist destination. Fly from Newark to Zagreb for $479 roundtrip on British Airways. Flights may be sold as codeshare flights by American or Iberia, but the best connections are on British Airways. Travel from late January through March, with a 7-night minimum stay required.

I found seats departing Newark EWR on Thursday, March 14, returning from Zagreb ZAG on Friday, March 22. This is a Basic Economy fare, which only includes carry-on baggage. If you need to check a bag, it will be cheaper to pay $90 more roundtrip for the standard Economy fare, which includes one free checked bag and standard seat selection as well. Flights to Africa have been dropping considerably in the last few weeks. Fly from Los Angeles all the way to Johannesburg for $532 roundtrip on Swiss. This price is available for travel from late January through early April. I found seats departing Los Angeles LAX on Thursday, February 28, returning from Johannesburg JNB on Monday, March 11. And remember, it's summer down in South Africa. Bali is one of those magical places that most people only dream about. If you book this ticket, you can stop dreaming and actually go. Flights from New York to Bali are $588 roundtrip on 5-star Singapore Airlines. This price can be found on just a few scattered dates departing on Tuesdays, Wednesdays, and Thursdays, in the middle of May. You may return up to 1-month from the date of departure. I found seats departing New York JFK on Tuesday, May 7, returning from Denpasar, Bali DPS on Thursday, May 23.

See all of our fares to Denpasar, Bali (DPS) from all over the US and Canada 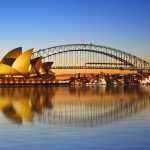 Australia is one of the countries we expect to have lower airfares in 2019. There have been many flash sales lately and we're seeing some excellent fares again today. Fly from Dallas to Sydney for $697 roundtrip on American. We usually see competitors attack each other's hubs with low fares so this is a rare sale on American from its largest hub where it is beating the competition.

Travel on Mondays, Tuesdays, Wednesdays, and Thursdays, throughout the year. There are some blackout periods, but you'll have a fairly easy time finding this price for departures from Dallas through June, in August/September, and a few dates in early November. I found seats departing Dallas DFW on Wednesday, February 27, returning from Sydney SYD on Monday, March 11.