We’ve just kicked off the new year, and it hasn’t taken long for industry pundits to claim airfares are set to increase alongside oil prices. Well, they said similar things last year, yet we saw fares fall even with the grounding of the 737 MAX and a handful of major airlines forced to cease operations.

2019 gave us some of the best-unadvertised sales and flash deals in years. Roundtrip tickets to Western Europe, Southeast Asia, and on domestic transcontinental flights were the lowest we’ve seen almost, ever – and it looks like that will carry over into 2020.

Expect Lower Average Airfares to These Locations in 2020

Fuel-efficient planes, a healthier economy, and increased demand are driving factors as to why airfares fall, but aren’t always the main contributors. Global politics, industry agreements, and expansion also play pivotal roles in the fluctuation of fares.

Taking this into account, along with Airfarewatchdog’s daily fare tracking, here’s a list of destinations that should see cheaper overall fares for 2020. 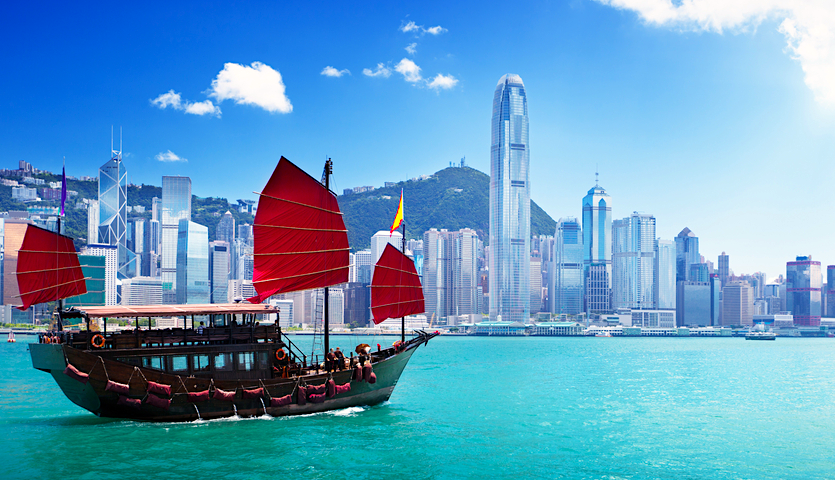 Hong Kong had a turbulent 2019, and the dust still hasn't quite settled. The second half of last year saw a massive dip in tourism and many airlines rescheduling their operations to the island territory, including its biggest carrier, Cathay Pacific. With planeloads running at lower yields, one would think that airlines would jack up prices to compensate; however, that's not always how it works.

In order to lure tourists and boost business back to its pre-protest figures, we've seen prices on typically expensive itineraries to Hong Kong drop by several hundred dollars, even on five-star ranked carriers. And with many travelers still wary about the ongoing situation, it looks like those reduced rates will stick around deep into 2020 too. Average nonstop tickets departing the West Coast in the $500-$550 range, and flights with connections even cheaper. That’s a much better value than the pre-protest prices of $800+ from major airports like Los Angeles (LAX) and San Francisco (SFO).

If you're willing to stop along the way, you'll find even better deals like this insanely low $433 roundtrip offering on China Southern between New York (JFK) and HK in April.

› See all of our best fares to Hong Kong (HKG) departing from airports across the U.S. and Canada. 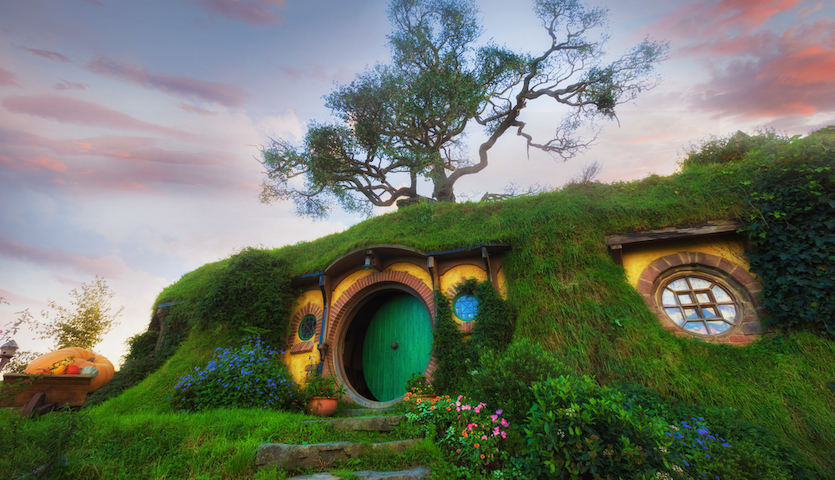 Hop on over to Hobbiton for fewer Casters in 2020. Flights to the scenic islands of New Zealand have gotten a lot cheaper of late with American Airlines and Air NZ’s improving roster of nonstop flights. Air New Zealand's ultra-long Chicago (ORD) to Auckland (AKL) route launched last year has proven quite profitable, so the kiwi carrier has upped the ante by adding nonstop service between Auckland and StarAlliance hub Newark (EWR). Service will begin in late 2020, making it the first-ever nonstop between the two cities and the world's fifth-longest flight.

Adding to the competition across the Pacific, American is linking up LAX to Christchurch (CHC), creating the only nonstop connection between the US and NZ's South Island. That’s in addition to pairing Auckland and its hometown hub of Dallas (DFW) with nonstop seasonal service starting in late October, thanks to a joint venture with Qantas.

So how will this affect pricing? The increase in competition means we will undoubtedly see each carrier trying to undercut fares at key airports, benefiting customers looking to save. Air New Zealand already regularly offers competitive sale prices from the West Coast, but now travelers in the Midwest and East Coast can get in the mix too. While you're at it, take advantage of the carrier's generous stopover policy in Auckland and tack on another Kiwi airport for the same rate, mate!

› See all of our best fares to Auckland (AKL), Christchurch (CHC), Wellington (WLG), and Queenstown (ZQN) departing from airports across the U.S. and Canada. 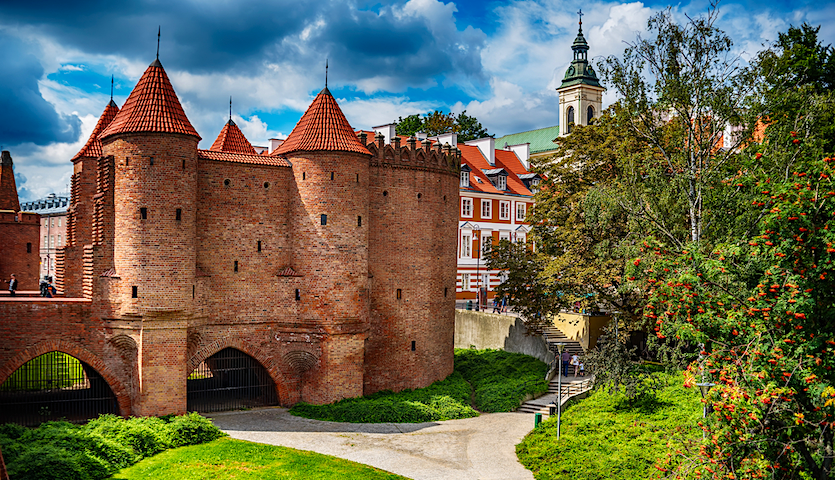 Already deemed a budget-friendly destination, the costliest component of a trip to Poland has always been the flight. Luckily that sting should dull down in 2020 with an increase in new flight options and a steady flow of sales to Europe. LOT Polish Airlines, the country's premier provider, is ramping up its U.S. presence this year with new nonstop service to Warsaw (WAW) from San Francisco (SFO) and Washington D.C. (IAD), alongside a direct link to Krakow (KRK) from New York-JFK. Not to be left out, Chicago's large Polish community is also in luck, as American will start seasonal service to Krakow, adding some welcomed competition.

While new service doesn’t always translate to immediate savings, LOT regularly offers some fantastic sales throughout the year and is one of the few remaining European carriers that still includes free checked baggage with its lowest ticketed fares. While Eastern European fares might not drop as low as the $250 roundtrip rates we’ve seen to places like Spain and France, LOT’s $500-ish sale fares to Poland that include luggage are a solid value.

For rock-bottom prices, take a look at SAS Scandinavian’s promoted sales. You’ll need to travel with carry-on only and make a connection via a Nordic country en route. But by doing so, expect fares to drop into the $400 roundtrip range, giving you a little extra spending money for pancakes and pierogis.

› See all of our best fares to Warsaw (WAW) & Krakow (KRK) departing from airports across the U.S. and Canada. 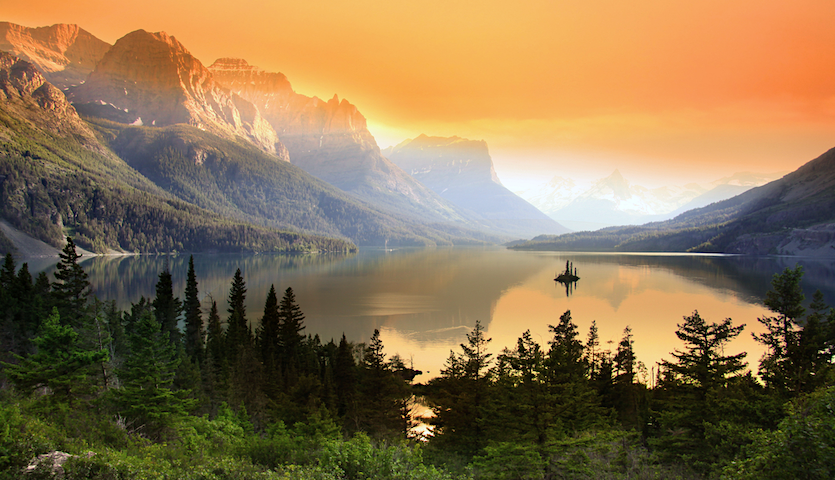 Another 2020 destination that's witnessing an influx of new routes is the great state of Montana. From JetBlue's newly introduced seasonal service to Bozeman (BZN) from New York and Boston, to increased Billings (BIL) connections from American and Alaska, domestic carriers are looking to strike it rich in the Treasure State this year.

As gateways to wilderness preserves like Yellowstone and Glacier National Park, Montana's airports have been steadily attracting visitors looking to connect with nature. And those connections are being provided by a new slew of carriers, including low-cost options from SunCountry and Frontier. While Southwest has yet to splash into the market like Old Faithful, pressure from other carriers might make the Texas-based carrier give the state another look. If that happens in 2020, expect prices to drop even lower. But as for now, the JetBlue ~$230 roundtrip fares from the East Coast during peak dates should satisfy the majority of "forest bathers."

› See all of our best fares to Bozeman (BZN), Billings (BIL), and Kalispell (FCA) departing from airports across the U.S. and Canada. 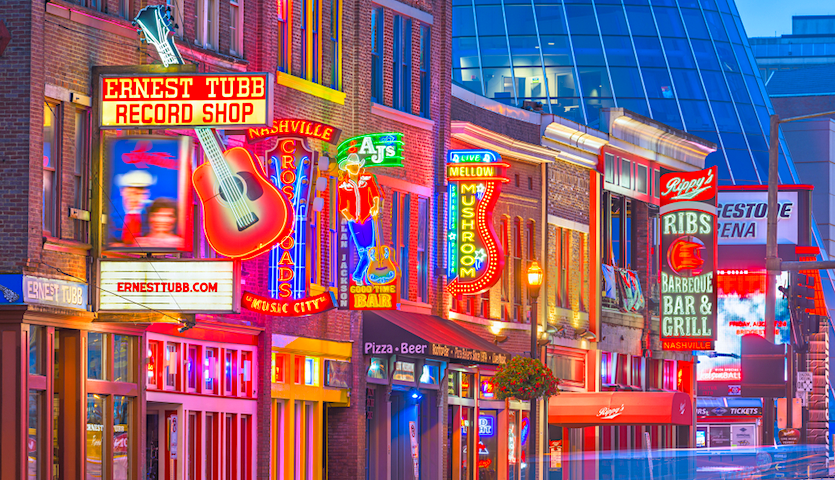 The only thing hotter than the chicken sandwiches in Nashville is the airfare deals. It's not just country singers looking to get their big break in the Tennessee town. Carriers like Spirit, Allegiant, JetBlue, and Southwest are looking for hits too. In 2020, ultra-low-cost carrier Allegiant is shelling out $50 million to establish a base at BNA and introducing 12 new seasonal nonstop routes alongside its already existing network.

Southwest is also boosting its presence in Nashville with three new nonstop flights between the Portlands, (Maine and Oregon), and to San Juan, Puerto Rico. And while everyone loves to bash Spirit, their four new routes linking up Austin (AUS), Los Angeles (LAX), Newark (EWR), and Cancun (CUN) to Nashville should be music to the ears of flyers. Likely making the average prices between those city-to-city routes see some significant price drops.

Last but not least, JetBlue will also re-introduce its NYC to Nashville service with two daily flights from its hub at JFK. With this massive swell of new flight options to Music City U.S.A., these cheaper prices are sure to strike a chord in 2020.

› See all of our best fares to Nashville (BNA) departing from airports across the U.S. and Canada. 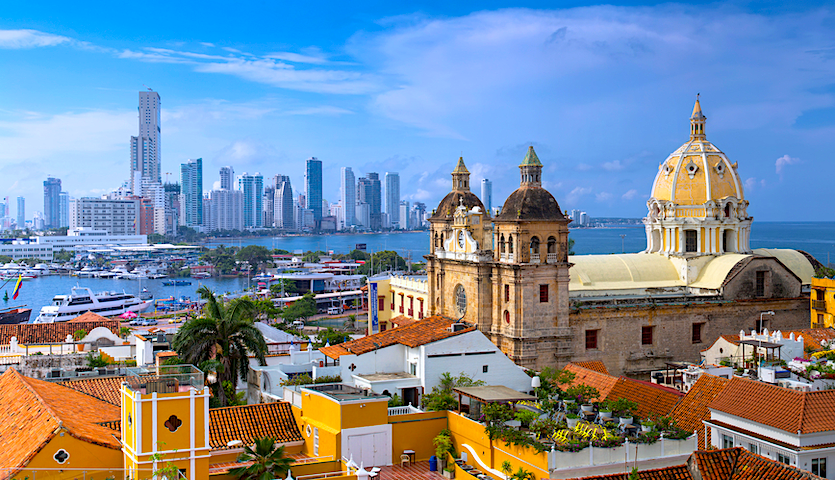 South America is seeing a seismic shakeup as the region's largest carrier, LATAM, is switching dance partners in 2020. Once the pillar of Oneworld’s network on the southerly continent, LATAM blindsided many by accepting an investment stake by Delta Air Lines that could potentially result in the carrier switching over to the SkyTeam Alliance at some point later this year or next. So how will that affect fare pricing? Expect some bitterness between the rivals as they start to duke it out at airports like Miami (MIA), New York (JFK), and Atlanta (ATL) for the upper-hand, with flights to Colombia at the forefront.

Already boasting a robust nonstop network to the States, Colombia is listed as the number one trending destination for tourism in 2020, according to USTOA (United States Tour Operators Association). Budget-carrier Spirit is adding Barranquilla (BAQ) and Bucaramanga (BGA) to its map in April, giving the airline service to seven Colombian cities, the most of all U.S.-based providers. But for those who can't bring themselves to fly on the ULCC, you're still in luck. Colombia is routinely included in sales from other carriers like Interjet, Copa, and JetBlue, with fares under $300 roundtrip departing select airports in America.

› See all of our best fares to Bogota (BOG), Cartagena (CTG), Medellin (MDE), Cali (CLO), and Barranquilla (BAQ) departing from airports across the U.S. and Canada.

Related: Who Flies Where? A Flight Guide for Colombia, Ecuador, Peru, and Bolivia