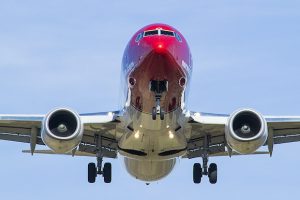 The trans-Atlantic marketplace continues to be one of the busiest sectors in the entire flight industry, as low-cost carriers seem to be tinkering with new routes and destinations almost monthly — this time around its Norwegian Air that's ramping up and revising its route network between the States and Europe.

The European carrier is claiming that it is adding two new destinations in the U.S., but in reality, it is just shifting flight operations to neighboring airports. Its London (LGW) service from Ft. Lauderdale (FLL) will now depart from Miami (MIA), and similarly, the carrier’s LGW service from Oakland (OAK) will move across the bay to San Francisco (SFO). These moves will occur on March 31, 2019. So while two new airports will be added to Norwegian's flight map, the nearby markets they serve will remain the same.

Alongside these shifts in service, Norwegian is introducing two new seasonal nonstop options from Boston (BOS) to Europe this spring. Starting on March 31, 2019, Bostonians will see a new nonstop route to Rome (FCO) and on May 2, the introduction of Norwegian's service to Madrid (MAD). These two new flight options will take aim at Alitalia and Iberia's offerings from the hub and provide some healthy competition in the market. The addition of these two flights will complement Norwegian’s other service from BOS to Paris (CDG) and London (LGW), creating a strong presence at Logan International Airport for the low-cost carrier.

While Boston sees the addition of new routes, Norwegian isn't leaving other cities in the lurch. The airline will increase frequencies from a number of other U.S airports for the summer of 2019. The following routes will see an increase in daily service:

It’s great to see the carrier bolster and standby its already established U.S. flight network with this announcement. Especially, at a time when other airlines are scaling back. Let's just hope that this rapid expansion is sustainable and these routes remain on the books for those who have purchased tickets, because Norwegian has been known to overpromise and under deliver in the past.