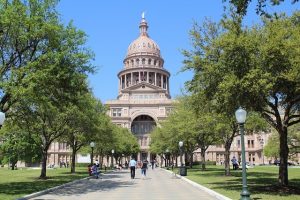 Back in September, Spirit announced that it will be starting new nonstop service to/from Jacksonville (JAX) in December. This week, Spirit has announced more routes for Jacksonville, along with new routes to/from Austin (AUS), San Juan (SJU), and two new international routes from Orlando (MCO). The newly announced routes begin service in February and fares are starting as low as $103 roundtrip.

Spirit may not be for everyone, but the airline often has the lowest fares. And with the added competition, look for other airlines to drop prices on these routes in the future.

Frontier has made a strong push in both Jacksonville (JAX) and Austin (AUS) as well, but flights on Frontier are often only operated a few times each week, which can wreak havoc in the case of cancellations. Spirit is offering the majority of these new routes as daily service and will be able to recover more easily in times of irregular operations.

Intro fares are generally valid for travel from mid-February through March 6, and again from April 30 through May 22, 2019. On a few routes, the lowest available fare may also be available for travel in late August/early September.

These fares are not advertised with an expiration date and are subject to change at any time. Follow us on Twitter @Airfarewatchdog and sign up for fare alerts to find out about promo code sales and price drops.

Since there will be Spirit flights to Fort Lauderdale (FLL) from both Austin (AUS) and Jacksonville (JAX), there are also many new connecting routes available to/from these cities across the nation and to Spirit's international network in Latin America and the Caribbean.

All domestic fares also work in the reverse direction. You'll have to decline any extras to get the lowest price.

As an example booking, I found seats departing Tampa TPA on Friday, March 1, returning from San Juan SJU on Sunday, March 3, for $169 roundtrip. Perfect to get away for a weekend in March.