WOW Air is mixing up its route network next summer. While it has announced plans to suspend service from a few Midwest cities, WOW Air will try a few new markets and add more service to existing routes next summer. Starting in June 2019, WOW Air will launch new nonstop service between Vancouver and Reykjavik, with onward connections to multiple cities across Europe, Tel Aviv, and New Delhi. Fares start at $329 CAD roundtrip.

WOW Air to Fly from Vancouver to Iceland, Europe, Israel, and India.

The new WOW Air service from Vancouver (YVR) to Reykjavik (KEF) begins on June 6, 2019, and will compete directly with Icelandair service. Flights will depart Vancouver (YVR) every day of the week except Saturdays at 7:30 pm and arrive in Reykjavik at 10:05 am the following morning. Flights from Reykjavik depart at 5:20 pm arriving in Vancouver at 6:15 pm. All times local to each airport. These flight times provide good connecting options to most of WOW Air's network, but some connections may require overnight stops in Iceland in order to connect.

WOW Air has the advantage if you'd like to add a free stopover in Iceland on your way to or from Europe, Israel, or India. And if you need a cheap one-way flight, WOW Air is often the best bet since it sometimes sells cheap one-way flights, while the major airlines almost always require a roundtrip purchase for the lowest fares. Keep in mind that WOW Air follows the ultra-low-cost business model and only includes a small personal item in its basic fare. Everything else is extra.

Prices are displayed in USD on Airfarewatchdog pages. 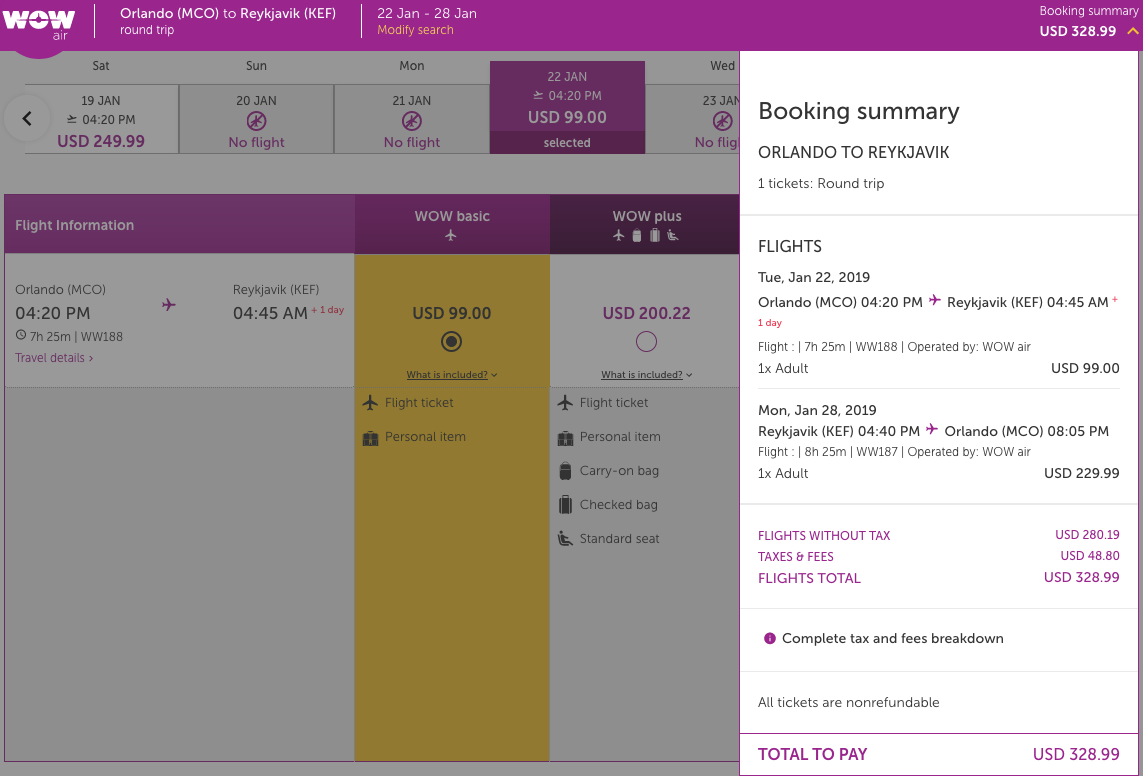