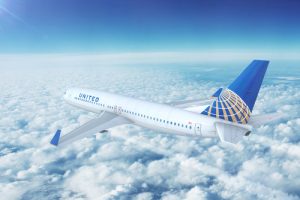 We're seeing some super unadvertised domestic fares on United today. Mostly to and from American hub cities in Charlotte (CLT), Dallas (DFW), Philadelphia (PHL), and Phoenix (PHX), but a few other cities are included as well. Fares start at $105 roundtrip.

These are all big price drops, which normally don't last very long after falling this low. Secure your low fare by booking now and taking advantage of the 24-hour risk-free cancellation to think about your plans.

Travel is valid daily, except Sundays, through April on most routes. A 7-day advanced purchase is required. Some routes may only have availability through early January or March and not every date will have these super low prices. Peak holiday travel will be more expensive. Click on the fare details for booking info.

All of these fares work in the reverse direction as well. There may be more similar price drops. Check flights from your city to see today's current finds.

These are Basic Economy fares, which only include a small personal item. The standard Economy fare on these routes is much more expensive. If you need to bring more luggage, you'll be better off buying Basic Economy and paying $30 each way for a checked bag.

If you have a United credit card or elite status, some of the restrictions may not apply. For more info, check out our guide to Basic Economy for domestic travel.

As an example, I found seats departing Columbus CMH on Friday, November 23, returning from Charlotte CLT on Tuesday, November 27. Perfect for a day after Thanksgiving Getaway!