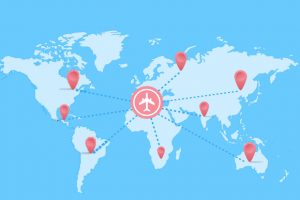 Travel styles differ, and the airlines are paying attention. While some airlines are busy adding epic long-haul routes, carriers on the flipside are enticing travelers to stop and take a breather.

If you prefer the latter option then taking advantage of a free stopover is right up your alley. I’ve previously highlighted the benefits and some of the top airlines that offer free stopovers before here, but it looks like that list is expanding with the addition of two more top airlines providing these mid-journey city breaks.

European carriers, Swiss International and Brussels Airlines have just added free stopovers for flyers transiting through their European hubs on most connecting itineraries. Now’s your chance to mix in a vacation within a vacation (like a little vacation nesting doll) if flying on one these airlines through their respective Zurich (ZRH) or Brussels (BRU) operational bases.

Both airlines are under the Lufthansa group umbrella, so it makes sense that they jointly launched this traveler-friendly offer simultaneously. However, it is worth noting that parent airline and namesake Lufthansa currently doesn’t permit stopover packages in its hubs in Frankfurt (FRA) and Munich (MUC). Hopefully, this toe-dip in the free stopover marketplace will entice the conglomerate to allow stopovers on all network airlines including Eurowings and Austrian Airlines.

Below, I’ve listed the range of stopover packages offered by each carrier as well as requirements on how to book your free stopover. 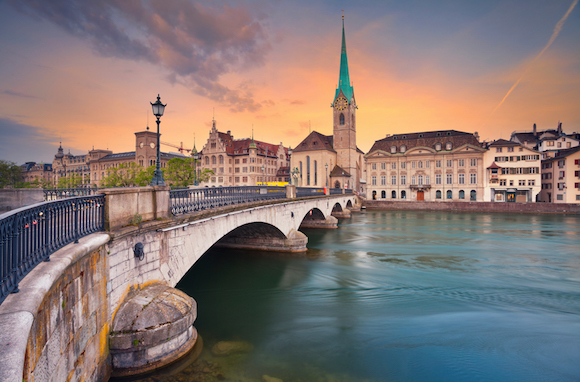 Switzerland isn't at the top of any budget destinations list, but with the new "Stopover Switzerland" offer by Swiss International Airlines, you won't need to have money squirreled away in a private Swiss bank account to enjoy its beauty.

This free stopover program is in partnership with Switzerland Tourism and Switzerland Travel Centre and allows flyers on Swiss to stay up to four nights on either their inbound or outbound flight. To take advantage of the free stopover, flights must travel from North America via Zurich and onward to select Eastern European, Middle Eastern, and Asian destinations. For example, a trip from New York (JFK) to Rome (FCO) that transits in Zurich (ZRH) would not qualify to use the stopover program, just as those connecting to regions listed above. The dedicated “Stopover Switzerland” website will only populate airports that are entitled to the extended layover, so it's easy to find out if your itinerary qualifies.

Once you decide your layover length, you’ll have two options: you can either sort out travel plans and accommodations on your own or choose from eight customizable packaged tours organized by the Swiss tourism and travel board. While the stopover is free, the packages aren’t. Even so, these packages will provide you with a seamless travel experience from the foot of the Matterhorn to lounging lakeside in Lucerne and back to the airport again in time for your next flight.

All travel package prices include discounted or free entrance to museums and sites, three or four-star accommodation, and free unlimited public transport across the entire country, all while saving hundreds of dollars. Or at least enough to spend on extra chocolate, cheese, or that designer watch you saw in a shop window along the way.

Extend your layover up to five days in the capital of Europe with Brussels Airline's newly introduced "Belgium Stop Over." From sipping Abbey styled brews right from the source to watching the swans float down the canals in fairytale favorite Bruges. You won’t be waffling around on what to do as bustling Belgium packs enough activities to keep you busy for days.

Similar to the Swiss stopover stipulations, this offer is available to passengers on flights connecting via Brussels (BRU) from North America onward to Africa, Eastern Europe, Asia, and the Middle East. Using the “Belgium Stop Over” website’s Stopover Tool, you’ll find a wide range of U.S. and Canadian departure cities available for this promotion that don’t have nonstop service to BRU but instead connecting flights by partner airlines. While it’s nice that the stopover possibility is open to a broader list of departure cities, it somewhat defeats the purpose as you'll have to route via other European cities on partner airlines with multiple extra connections to take advantage of the promotion. Brussels Airline’s imprint in North America is relatively small, so this program is best geared toward flyers in the New York, Washington DC, and Toronto markets.

Once you’ve decided how many days to stretch out your layover and purchased flights, access the "My Booking" page to select up to two cities in Belgium where you’ll gain free access to numerous museums and tourist attractions. Roughly the size of Maryland, getting around Belgium is a cinch as most cities and sites are located an hour or less from each other, making Belgium an optimal spot for a brief stay.