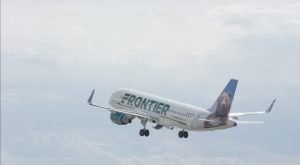 In the past few weeks, Frontier Airlines has continued to add new routes. At the end of August, six new routes were added including its 100th city Harlingen, Texas (HRL). Last week, Frontier added another six routes including brand new cities Burlington, Vermont (BTV), and Portsmouth, New Hampshire (PSM). Along with these new cities, Frontier has added new routes to Florida, California, Mexico, and Jamaica. Current prices on these new routes are as low as $68 roundtrip if you book today using a promo code. Other routes are as low as $97 roundtrip for travel through April.

New Service on Frontier Airlines for Burlington, Harlingen, and Portsmouth

Frontier often pulls out of markets quickly (and quietly) if the route does not perform well, so get in on these great prices while you can. Most of these routes are currently scheduled for seasonal service.

As with most of Frontier's routes, service is very limited and flights are only flown a few times each week. Be sure to click on the fare details for specifics on when these new routes begin and what days of the week these fares are available. I've included the days of the week each route will operate, but the current lowest available fare may only be available for mid-week travel. Fares will be higher for peak holiday travel.

Louisville to Orlando $68 roundtrip with promo code valid through tonight only!

Denver to Harlingen $70 roundtrip with promo code valid through tonight only!

Chicago to Harlingen $70 roundtrip with promo code valid through tonight only!

Portsmouth to Orlando $71 roundtrip with promo code valid through tonight only!

All domestic fares work in reverse as well. These are the current lowest available fares at time of posting, but the prices are subject to change at any time.

For more information on how Frontier differs from other airlines, read our guide on Everything You Need to Know Before You Fly Frontier.