WOW Air to Fly from Orlando to Iceland, Europe, and India

After ending service from Miami in April, this marks a return to Florida for Wow Air. The airline will compete directly with Icelandair from Orlando and there are sure to be fare wars between the two airlines in the future. As we've seen in other markets where both WOW Air and Icelandair fly, the major US carriers will likely lower fares to Europe in response.

WOW Air has the advantage if you'd like to add a free stopover in Iceland on your way to or from Europe. And if you need a cheap one-way flight, WOW Air is often the best bet, while the major airlines usually require a roundtrip purchase for the lowest fares. Keep in mind that WOW Air follows the ultra-low-cost business model and only includes a small personal item in its basic fare. Everything else is extra.

New service on WOW Air begins December 19, 2018, and flights will operate 3x weekly. During the holiday travel period, flights will depart Orlando (MCO) on Sundays, Wednesdays, and Fridays, returning from Reykjavik (KEF) on Tuesdays, Thursdays, and Saturdays. This schedule will change starting January 8, 2019, with departures from Orlando on Tuesdays, Thursdays, and Saturdays, returning from Reykjavik on Mondays, Wednesdays, and Fridays. 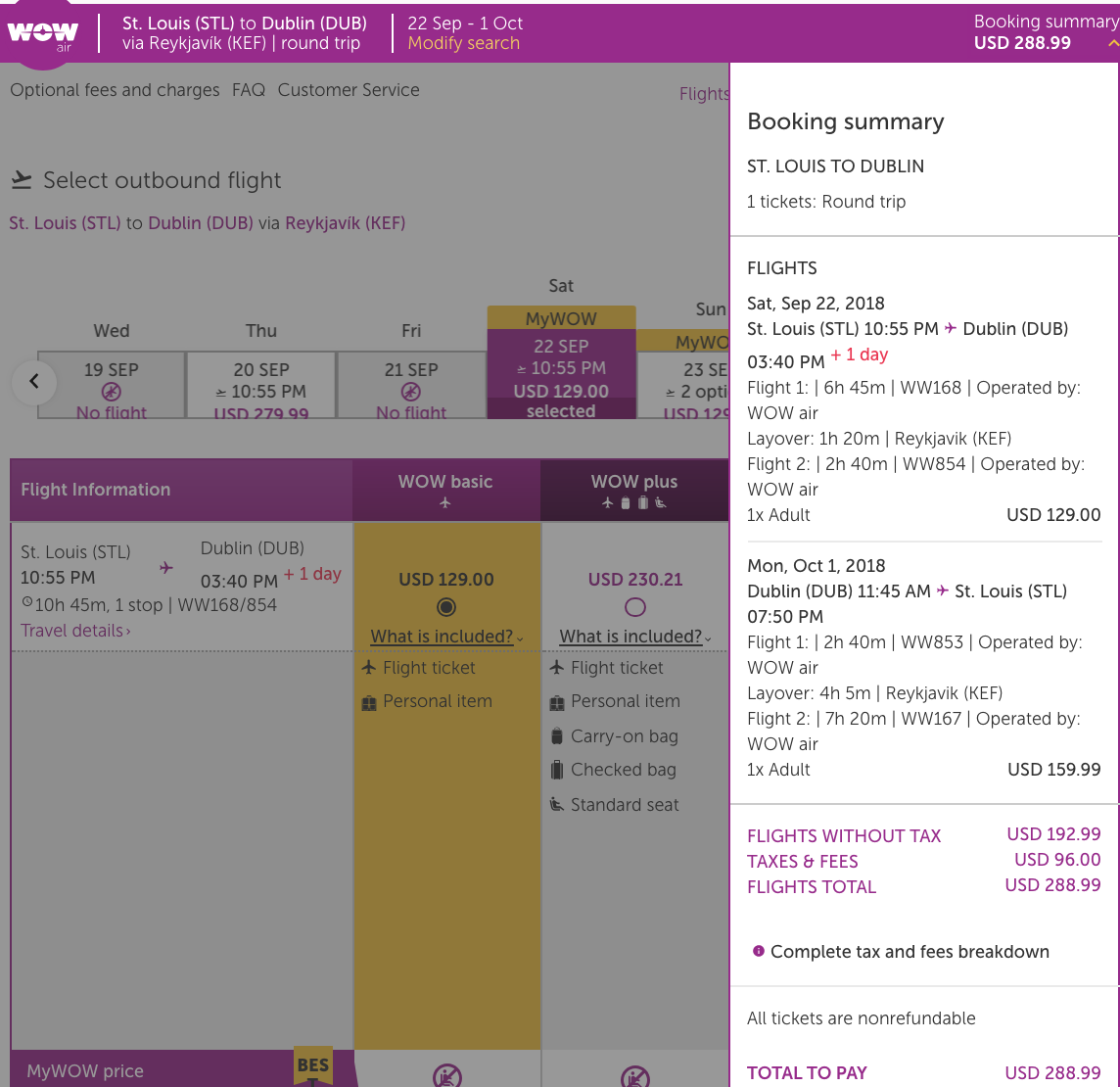