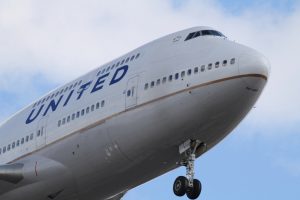 Welp. That didn’t take long! As predicted, when JetBlue toppled the first domino earlier this week by raising its checked baggage fee to $30 for the first piece of luggage, I knew it was only a matter of time before another U.S. airline followed suit. As of today, domestic and some international tickets bought on United will incur the same $30 one-way fee for the first piece and $40 for the second piece. The exact same hike that JetBlue announced earlier this week.  Second checked bags to Canada will also see an increase to $50. The monkey-see monkey-do business model by United strike again, and sneakily at that. As they float this fee rise the Friday before a long weekend hoping it will go under the radar.

So in addition to having the most restrictive basic economy fares and carry-on regulations, United is raising its checked baggage fees as well. It seems like they're trying their best to get customers to show up at the airport empty-handed entirely. United's brass are claiming it's the first time in eight years they have made an adjustment to their baggage fees, (basic economy fares aren’t actually bag fees, prices didn’t change they just made what you could carry-on more restrictive) which somehow they think will make you feel grateful they didn't do this earlier. Thanks, United!

So who’s the next to fall: Delta, American, maybe even Alaska?

For those travelers who have been overlooking Southwest, you might want to give yourself a refresher on how they operate and what now seems their every growingly generous two free checked bag benefit.