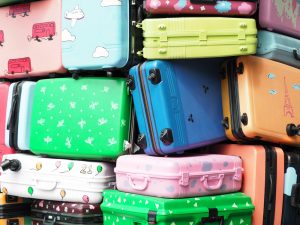 Want to arrive at your destination with your bag? You might not want to fly American Airlines, which lost the most luggage in 2020, according to a study done by Luggage Hero. The study analyzed data from the U.S. Dept. of Transportation’s Mishandled Baggage Report, which found that American Airlines mishandled 0.597% of the baggage that they were in charge of in 2020.

In January, for example, a total of 205,040 bags were mishandled by U.S. airlines, with 46,598 of those bags being mishandled by American Airlines.

At the other end of the scale, Allegiant Air only mishandled 0.15% of baggage on their flights, making them the safest airline to trust with your luggage. Southwest and Hawaiian Airlines rounded out the top three best airlines for baggage.

Envoy Air, a regional carrier for American Airlines, was the worst airline for lost luggage in 2019 but has moved into second-last place this year after American Airlines. Republic Airways took third place for the most likely to mishandle your bags.

Which Airlines Lose the Most Luggage?

Ranked from most-likely to lose your luggage to least-likely, here are the worst airlines for baggage handling:

According to the study, there was a significant decrease in mishandled baggage by U.S. airlines between 2019 and 2020, due to less baggage being checked overall. There were almost 19 times fewer checked bags in April 2020 (after travel halted due to the pandemic) than in July of 2020. In total, an estimated 853,000 bags were mishandled in 2020 compared to 2.8 million in 2019.