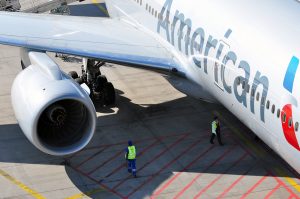 When it comes to basic economy fares, the price may be right, but restrictions on carry-on baggage and overhead access are deal breakers for most passengers.

Now American Airlines plans to ease up on carry-on restrictions for its basic economy passengers.

As of September 5, American Airlines' basic economy fares will include carry-on bags and overhead access, in addition to personal items such as backpacks, laptop bags, and purses.

This puts American's basic economy in line with Delta, which has permitted full-sized carry-on bags since being the first carrier to introduce basic economy fares in 2012.

So, what prompted the change? "Customers benefit from our lowest fares that are competitive with no-frills carriers while experiencing American’s unparalleled network, better product and great customer service. Removing the carry-on bag restriction will make our short-haul Basic Economy fares more competitive with airlines that include a carry-on bag in their lowest fares," according to a statement released by American Airlines.

Since becoming more widespread last year, Basic economy fares have caused problems for both passengers and flight crew. Often, travelers book these low fares without understanding they come with baggage restrictions, which leaves the crew scrambling last-minute to store bags that aren’t allowed in the first place.

Of the big three U.S. airlines, this change leaves United as the lone carrier still excluding carry-ons for basic economy passengers. Will they continue to hold out? Stay tuned! Above image by Shutterstock