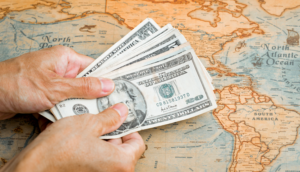 Foreign Countries that Use the U.S. Dollar

If you try handing over some USD in many places in Europe, you'll be greeted with an eye roll, but there are loads of locations dotted across the globe that are more than happy to accept your greenbacks as the legal tender. Due to its standing as one of the most stable currencies in the world, the U.S. dollar has become the backbone for economies far outside the confines of American soil. Numerous territories and countries throughout the Caribbean, Africa, the Pacific, and South America have all adopted the dollar to strengthen and solidify their financial situations.

Skip the rip-off conversion rates and lengthy exchange lines at the airport with these destinations that use USD as their currency of choice.

Countries and Territories That Have Adopted the USD into their Economies

As the most popular global currency, the U.S. dollar serves as the official currency for over ten countries and is used alongside and integrated with the economies of over twenty territories and nations daily. For American based travelers that spells out cha-ching. Sorting out exchange rates on the fly or trying to decipher the value of that stack of blue and orange bills, you've just been handed back as change becomes a non-issue. For this story, I've grouped countries that have been wholly dollarized and ones that use USD as a counterpart or quasi-currency to complement its official banknotes.

What Countries use The US Dollar As Their Official Currency?

This archipelago just a short sail away from the U.S. Virgin Islands, has taken on its neighbor’s currency since 1959. Although British partly makes up the namesake of the country, you won’t get far trying to buy a Pusser’s Rum Painkiller with your GBP.

› See all of our fares to Tortola (EIS) and St. Thomas (STT) from all over the U.S. and Canada. 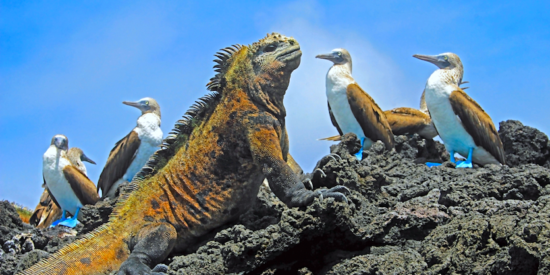 In 2000, this South American nation ditched the sucre in favor of the U.S. dollar following a financial crisis. Now it’s a lot easier for American visitors to price out Galapagos excursions and to buy souvenirs in Quito’s artisanal markets. You’ll feel right at home at the ATM when you see it spit out some of your favorite presidents.

› See all of our fares to Quito (UIO) and Guayaquil (GYE) from all over the U.S. and Canada.

Another British Overseas Territory to adopt the USD as its official currency, Turks and Caicos, have followed along with the BVI’s to circulate dollars instead of GBP. The name Turks and Caicos are roughly translated to Pirate Islands, and you might feel that you've been plundered when the bill comes on this expensive archipelago.

Shortly after Ecuador, El Salvador instituted the U.S. dollar as its official currency in 2001 to combat financial destabilization. The dollarization of El Salvador has curbed hyperinflation that's affected some of its Latin American neighbors, keeping prices low and luring bold travelers to this parlous nation.

› See all of our fares to San Salvador (SAL) from all over the U.S. and Canada.

Following the dissolution of the Netherlands Antilles. The islands of Bonaire, Sint Eustatius, and Saba introduced the dollar as their official currency in 2011, when they collectively became the Caribbean Netherlands. While other neighboring Dutch colonized islands like Aruba and Curacao have their own currencies, these small “special municipalities” chose to be backed by the dollar instead of the euro.

› See all of our fares to Bonaire (BON) from all over the U.S. and Canada.

More nations that officially use USD as currency:

What Countries Also Use the US Dollar Alongside Their Official Currency?

Pegged to the U.S. Dollar one-to-one, the Bahamian Dollar is basically a mirror image to its offshore neighbor. As a cruise ship haven for Americans, sometimes you’ll be hard-pressed to even see some Bahamian notes in circulation amongst all the green.  However, you may end up leaving with a pocketful of colorful and odd-shaped coinage featuring starfish, pineapples, and other Bahamian-related objects.

› See all of our fares to Nassau (NAS) and Freeport (FPO) from all over the U.S. and Canada.

Despite accepting dollars since 1904, Panama still hasn't given up the balboa as one of its official currencies. The USD is recognized as legal tender, and Panama is the second country in North America to be a dollarized economy. Essentially, the paper US dollar is the day-to-day currency as balboas only consist of coins that mimic the size and shape of American change. Balboas and USD trade at a 1:1 ratio.

› See all of our fares to Panama City (PTY) from all over the U.S. and Canada.

Permanently fixed at a 2:1 ratio, you’ll get two Barbadian dollars for every one U.S. dollar. Almost every establishment will take USD, but smaller and newer notes are preferred. If paying with US cash, only bills will be accepted, and you'll always receive change in Bds$. (A wallet full of mixed currencies can be helpful when it comes to tipping or purchasing smaller items.)

› See all of our fares to Bridgetown (BGI) from all over the U.S. and Canada.

There’s nothing fishy about spending USD in this scuba and snorkel paradise. Like Barbados, Belize pegs its local Dollar at two-to-one of the American Dollar. With most prices being listed in both denominations on menus and other items for purchase. U.S. dollars will be accepted nearly everywhere, given that they are in quality condition, however coinage from the States generally won't be taken. BZD notes will often be handed back as change, but if you ask for it in USD, most places will oblige.

› See all of our fares to Belize City (BZE) from all over the U.S. and Canada.

This one isn’t as cut and dry as the others listed. While most Costa Rican’s will graciously accept USD and you’ll often find prices listed in dollars alongside the official colón ,the two currencies aren’t fixed to each other. Therefore, you can’t always expect an easy exchange or to receive exact change if you choose to pay in USD.  As with most countries that accept U.S. dollars alongside their own currencies, leave the Benjamins at home and take along crisp tens and fivers to make purchases more manageable.

› See all of our fares to San Jose (SJO) and Liberia (LIR) from all over the U.S. and Canada.

As Territories of the United States, the USD is the Official Currency of: