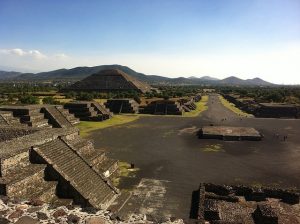 Starting in October, JetBlue will fly daily nonstop service from both Boston and New York to Mexico City. Intro fares start at $289 roundtrip.

After international expansion at Long Beach Airport (LGB) was voted down, JetBlue had to look elsewhere to use its newly acquired slots to Mexico City (MEX). At first, JetBlue considered flying from Los Angeles (LAX), but with seven other airlines already flying the LAX - MEX route, JetBlue opted to go where there is less competition.

The new daily nonstop service on JetBlue will begin on October 25 from both Boston (BOS) and New York (JFK). The lowest initial fares are valid for travel through mid-December and are not advertised with an expiration date, so prices may jump at any moment.

Currently, nonstop flights from New York to Mexico City are as low as $224 roundtrip on VivaAerobus, but there are strict weight limits on the low-cost Mexican airline, and you'll have a much better flying experience on JetBlue. Aeromexico and Delta have drastically dropped prices down to $301 roundtrip, including holidays, to compete with JetBlue from New York. In Boston, JetBlue is currently more than $100 less than the other nonstop option on Aeromexico.

For more great deals to Mexico, check out all of Today's Flight Deals to Mexico City. There are some good ones from all over the USA.