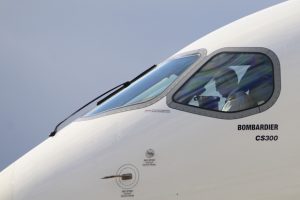 Is There A New Low-Cost Carrier Coming to the US?

The notion of launching a new US-based airline has been shelved for years by investors. Instead of growth and competition, the industry has been saturated with the trend of mergers and consolidations over the last decade. But it looks like that trend may be ending soon and expansion rather than contraction will be coming to the US flight market. Aviation entrepreneur and founder of JetBlue, David Neeleman has been shopping around the idea of starting a new low-cost carrier in the States by 2020. Neeleman who has also had a major role in other low-cost carriers such as Canada's WestJet and Brazil's Azul has reportedly begun to raise $100 million in startup capital to launch the new airline.

Tentatively called Moxy, the airline has secured orders from Canadian aircraft manufacturer Bombardier for 60 CS300 jets. If you’ve heard the name Moxy bandied around the travel sphere before, it's because Marriott also has a chain of hotels using the same moniker. I have a feeling there might be a name change before all is said and done. Much like how JetBlue’s was founded as “NewAir” and almost launched as “Taxi” before ultimately making the final naming choice on JetBlue just months before the airline took its first flight.

Moxy’s business strategy is similar to most low-cost carriers models in that it will initially focus on smaller secondary airports like Newburgh (SWF), Burbank (BUR), and Providence (PVD) to build its service network. During an investor presentation, Moxy representatives said the airline would not try to mimic ultra-low-cost carriers like Spirit and Frontier where profits are primarily based on upselling and fees. Instead, Moxy Airways plans to fall more in line with the current JetBlue model of spacious seats, free Wi-Fi offerings, and more lenient carry-on policies. Hurray! The newly proposed airline will also focus on a point-to-point system instead of the traditional hub and spoke operations run by larger airlines; allowing for more convenient flight times and nonstop options for its potential customers.

Should investor capital and funding come through, Moxy’s fuel-efficient Bombardiers will be built in Mobile, Alabama and will begin delivery in 2020. The airline hopes to have its full fleet of 60 aircraft operational by 2024 if Neeleman's proposal ever gets off the tarmac.

Header photo by StockPhotosLV via Shutterstock.com