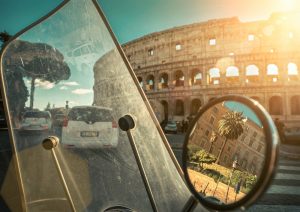 For the remainder of the summer, no fewer than 8 specialist low-fare airlines will fly the Atlantic, departing from major and secondary U.S. and Canadian cities, and flying nonstop to airports in mostly major European cities. Most of these airlines are based in Europe, one in Canada, and none in the U.S. Some is concentrated on Reykjavik, where Icelandair and operates its hub and connect to dozens of other European cities, and London, with low-fare nonstops from across U.S. and Canada.

In addition to the 8 dedicated low-fare airlines, the giant U.S. and Canadian legacy airlines offer their own low-fare options to a bunch of European destinations. Their fares are often competitive with the low-fare airlines' fares for travelers who check bags and want inflight meals.

The information in the following tabulations was developed from schedules posted by individual lines, schedules posted in Skyguide, and seating information from SeatGuru. As such, results are subject to change as the various airlines modify schedules throughout coming months. Many of the routes are highly seasonal, with infrequent summer season flights.

This tabulation covers 8 stand-alone airlines most of you would consider "low fare." That means they typically (1) are fare leaders in the markets they serve, (2) cater primarily to leisure travelers, offering either no premium option other than exit-row extra-legroom seats or a small premium economy cabin as the only upmarket offer, or (3) both. This segment of airlines is difficult to define specifically, in that even the giant legacy lines also offer at least a few seats that are competitively priced. Many folks call them "low cost" or even "ultra low cost" lines, but to consumers, what matters is price, not cost. And, worst of all, some folks call them "discount" lines, which is just plain wrong: They sell their own products at their own list prices and don't discount anything. Typically, these airlines offer five fare segments:

Montreal-based Air Transat started life as a vertically integrated vacation airline, and a lot of its business remains in destination packages. But it is also active among independent Canadian travelers. Many European routes are seasonal; the airline focuses on Caribbean and Mexican beach destinations in the winter.

Lowest-fare "Eco" includes one checked bag and meal service but not seat selection.

Air Transat uses A310s and A330s for its transatlantic flights. Economy seats are at a better-than-average 32-33 inch pitch, but seats are at ultra-tight nine-across in all but one of its planes, to be avoided unless the fare is a lot better than on other lines. All flights offer a small premium cabin, at a roomy six-across but at 34-36 inch pitch, slightly lower than the 38-inch standard on most giant lines.

Germany-based Condor started out as Lufthansa's package-tour affiliate, but it is now part of the Thomas Cook group. It is still focused on leisure travelers and markets mainly to Europeans. During the summer it flies from its German hubs to a large number of U.S. and Canadian destinations, but often only a few strictly peak-season flights per month. It, too, switches heavily to beach destinations in the winter.

The lowest economy fare includes one checked bag, but not meal service or seat selection.

Condor uses B767s for its transatlantic flights. Regular economy is the standard seven-across at 30-inch pitch. Condor offers a "premium" economy option that amounts to regular economy at 36-inch pitch. It is also the only line in this tabulation to offer a true business class, with angle-flat seats.

They wanted to call it "French Blue," but that somehow infringed on JetBlue's territory. It's affiliated with Air Caraibes but not in any large airline group. It's a start-up in 2016, this year adding flights linking Paris/Orly and Tahiti, with a stopover and full on/off traffic rights at San Francisco.

Frenchbee has two A350s and one A330; it apparently uses the 350 for the U.S. service. Regular economy is at an above-average 32-inch pitch and the conventional nine-across seats—a bit better than most of the competition. The line also offers a small true premium economy section.

The granddaddy of low-fare transatlantic lines, Icelandair has recently expanded with seasonal summer flights to Keflavik (Reykjavik) from a bunch of North American cities that have no other nonstops to Europe. From its Keflavik hub, Icelandair transfers you to dozens of European cities, although you shouldn't miss the opportunity for a free Iceland stopover.

The lowest "Economy Light" fare includes one carry-on bag and seat selection but not meal service.

Icelandair flies mainly 757s for transatlantic service, but it has one 767 it deploys on the busiest routes. And it has started flying its new 737Max on some lower-traffic East Coast routes. The 757s and 767 have three classes: economy, at 32-inch pitch; "economy comfort" in regular economy seats, but at 36-inch pitch and middle seats blocked, and "Saga," which it sometimes touts as business class but is really an above-average premium economy, four-across at 40-inch pitch. The 737s have economy and Saga.

Level is the "if you can't beat 'em, join 'em" long-haul low-fare venture of the International Airlines Group (IAG) consisting of British Airways, Aer Lingus, Iberia, and Vueling. It's nominally operated by Iberia, and it flies to Barcelona from four U.S. cities. Given that IAG has been making noises about acquiring Norwegian, the blogosphere speculates about whether IAG would keep Level independent or fold it into Norwegian. At any rate, this summer schedule looks firm.

The lowest "Level" fare includes one cabin bag; nothing else.

Level uses A330s for its transatlantic service. Economy class is about what you get on a giant line; the small premium economy cabin is also on a par with giant-line competitors.

You'd have to have been on a different planet not to have heard about Norwegian's explosive growth across the Atlantic. This summer, it flies nonstop from various combinations of a dozen U.S. cities to 16 European cities. As with the other lines, some routes are permanent and some daily; others are seasonal and some less-than-daily. Its London/Gatwick-New York service has ramped up to three daily flights this summer.

The lowest "Lowfare" economy includes one 20-pound piece of hand baggage and nothing else.

Norwegian flies 787s on its long-haul routes to the West Coast and Midwest and some of its busiest shorter routes. It also uses 737s on all flights from New York/Stewart, Boston, and Providence. Norwegian's 787s have conventional and premium economy cabins; the 737s are all-economy. Configuration is conventional.

In addition to Condor, the Thomas Cook group of airlines includes a unit that provides transatlantic service to the U.K. More than any other line in this tabulation, it markets mainly to Europeans. And as with most, service to many destinations is strictly seasonal, with the winter focus shifting to beach destinations.

The lowest unbranded economy fare includes a small carry-on bag and meal service, but not a checked bag or seat selection.

Thomas Cook uses 330s and 767s for transatlantic service. All 330s have a conventional economy section, at 31-inch pitch; some have a sizable premium economy, seven-across at below-average 35-inch pitch. This summer, however, Thomas Cook posts a cryptic remark that seat widths will be different on London flights. Beware the 767s, which have to be the worst cattle cars you can find anywhere. All-economy seating is at a knee-crunching 29-inch pitch, but even worse, seats are eight-across in a plane that almost everyone else uses seven across, resulting in what have to be the tightest seats in the air.

In an odd-couple merger, low-fare XL and all-business-class La Compagnie merged last year, into an airline duo with little in common beyond a base in Paris.

The lowest "Eco-Prom" fare includes a checked bag and meal service but not seat assignment.

XL flies a fleet of four A330 variants, one of which has a small premium economy section. As with a few other lines, it has installed vise-like nine-across economy seats in planes where civilized airlines use only eight. Avoid unless you can't turn down the fare.

Below is our city by city guide to low-fare carriers with nonstop service to Europe this summer:

Above image by Andrey Yurlov via Shutterstock