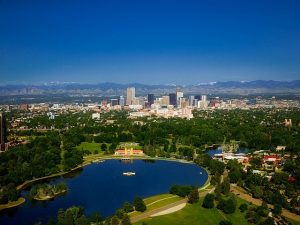 Norfolk is a brand new city for Frontier, which once served nearby Newport News. Frontier had flown to Wichita in the past, but left the city in 2012. With limited service this time around, Frontier hopes to stay put.

In Jacksonville and San Antonio, Frontier will become the airline with the most nonstop destinations in each city. Seven new routes for Jacksonville, which will now have a total of 13 nonstop flights on Frontier. The nine additional routes for San Antonio will bring Frontier's total up to 23 routes, including seasonal service.

All of these new nonstop routes begin in mid-August and are currently available for travel through mid-November. Most routes are flown only 2-3 times/week so you'll have to click on the fare details link below to find out specific dates these fares are available. In general, lowest fares are for Tuesday or Wednesday travel.

New Routes for Norfolk and Wichita

These fares all work in reverse as well. Keep in mind that Frontier charges extra for any bags larger than a personal item (small backpack, briefcase, large purse, etc.). Pack super light to get the lowest price. Checked bag fees start at $25 each way. Larger carry-on bag fees start at $30 each way.