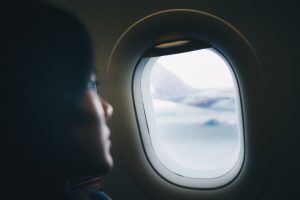 The U.S. House of Representatives just passed its version of a Federal Aviation Administration (FAA) reauthorization bill that includes a long list of new air travel provisions, many beneficial—like making it illegal to ‘bump’ passengers, and requiring airport nursing rooms for mothers.

But the requirement that the FAA establish minimum airliner seat sizes, which is the main provision being hailed by some, may not help as much as it’s been hyped to. Two other main provisions in the bill are opposed by all the main consumer groups, and would make online airfare comparisons a lot less transparent—a huge potential loss for passengers.

Pro-consumer provisions, in general, provide more information to travelers and assist them in navigating the confusing air travel marketplace, but they do not create any significant new rights. The FAA bill extends certain funding through 2023 and includes some important safety provisions, including a long-overdue focus on drones. If agreed to in the Senate, the net effect of these many provisions would certainly be positive, but not without some major concessions. The Senate could weigh in as soon as this month.

The current FAA bill, as passed by the House, raises three major issues that could have a huge impact on the future of air travel.

The bill calls on the FAA to set minimum seat width and pitch standards for transport aircraft within a year. Several consumer advocates have hailed this provision as offering—at long last—relief from the sardine-can packing of seats in economy cabins, or at least a limit on future tightening. But it’s not as simple as that.

For the FAA, seating density is primarily about safety. Specifically, the key issue is whether those ultra-tight seats and narrow aisles installed on so many planes—especially on the low-fare lines—provide enough space for travelers to exit a survivable accident quickly enough to avoid becoming overcome by fire or smoke. This isn’t an idle question: Passengers have died because they couldn’t get out of a plane, one that’s intact and on the ground, fast enough in a serious but survivable crash.

The FAA claims it has evidence that today’s seating densities are adequate, but it has refused to release those studies. Nobody knows how to gauge the full impact of panic during a controlled test. Rigorous study of the seat size issue could result in improved safety, but there are two sub-problems here:

The FAA might well run a test or simulation and announce that current minimum dimensions are fine, and that seats could even get a bit tighter and still be safe, thereby validating the worst sardine-can seating yet.

Conspiracy theorists posit that the big airlines, whose lobbying is all over the bill, want the FAA to set standards so liberal that Frontier, Spirit, and other low-fare lines would have to take seats out of their planes—and thus increase their costs and limit their ability to compete.

As it stands, the current bill ends airfare transparency: Section 405 overturns the current full-fare display required of airlines. It allows airlines to advertise and post fares that exclude mandatory taxes and fees.

Full-fare advertising has been a major benefit for consumers, and the bill’s provision ending this requirement would be a big step backward. Consumers fought this provision as a separate bill three years ago and it died, but the airlines have come right back and seem to be getting what they want this time.

Although airlines claim their approach is pro-consumer, all of the significant consumer advocacy groups strongly oppose it: It has no support outside the airlines themselves.

A section innocently labeled “Consumer protection requirements related to large ticket agents” is a possible existential threat to online travel agencies such as Expedia and Priceline and to metasearch systems including TripAdvisor, Google Flights, and Kayak.

Apparently, this section requires those online agencies to provide detailed information on airfares that they are unable to obtain from airlines, as well as to provide service and refunds on transactions to which they are not a party. According to Kurt Ebenhoch, creator of the Air Fairness Coalition, the FAA bill’s conditions “set up providers of fast, easy, independent, side-by-side comparisons of air travel options to either be out of compliance—with no path to get there—or force their exit from air travel, which is what the airlines are really after.”

Airlines can either deny companies access to the data, or make it too expensive to obtain, Ebonhoch says. With carriers already playing “hide-and-seek” with their best fares and schedules, there’s little reason for confidence in them providing open data.

This all sounds pretty technical, and it is—but people in the industry are taking this issue very seriously. And if they’re right, your ability to make easy fare comparisons could suffer a death blow.

This issue, along with seating and airfare advertising, will come under close scrutiny in the Senate, where consumer advocates hope to remove the most anti-consumer provisions. We all need to keep a close watch on the outcome.

Read the original story: Flyers Could Win Seat Space, Lose Fare Transparency with New FAA Bill by Ed Perkins, who is a regular contributor to SmarterTravel.

Above image by CRAFT24 via Shutterstock