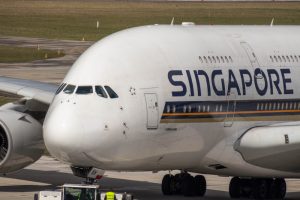 Winners were determined by the quantity and quality of airline reviews, along with ratings provided by flyers over a 12-month period on TripAdvisor Flights. Flyers were asked to rate their carrier on legroom, customer service, cleanliness, entertainment, and food.

Southwest is the only American carrier to make the list at number 6, placing it 1st among North American airlines.

"It's an honor to receive several TripAdvisor Travelers' Choice awards for Airlines including being the only U.S.-based carrier named a top ten airline in the world," said Ryan Green, Southwest Airlines vice president and chief marketing officer. "The real winners today are our more than 120 million customers who put their trust in Southwest to get them to where they need to be safely, on time, and with the world-renowned hospitality our 60,000 Southwest employees provide."

In the European market, Virgin Atlantic was rated number 1 by travelers, followed by a surprise appearance from Aeroflot at number 2.

The complete list of the world's top 10 airlines includes: