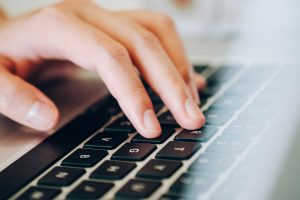 Will We Ever See Transparent Pricing on Airfare?

You've probably noted the very public tug-of-war between big airlines and online travel search sites about the way in which flight information can be displayed.

Although the details can seem complicated, the core questions are straightforward: Do airlines have the right to restrict who has access to their flight information, or is that information public and available to anyone who wants to use it? And should fare displays include the cost not only of base airfares but also other ancillary options from the beginning of a search?

On one side of the issue are the big airlines, along with their trade organization, Airlines for America (A4A). The fight is being carried mainly by American, Delta, Southwest, and United; some smaller airlines are also going along, while others are bystanders.

On the other side are travel search sites, which include the big online travel agencies (OTA) that not only search airfare options but also sell tickets and derive their income from sales commissions, most notably Expedia, Priceline, and their many subsidiaries; and metasearch entities that search air schedules, fares, and availabilities, but refer consumers either to airlines or to OTAs to make actual sales, and derive their income through advertising and other indirect charges.

Almost all consumer groups support the online agencies' position, led by the Air Travel Fairness Coalition, a group that includes TravelTech, the trade association of independent online air search organizations, plus Travelers United, the Business Travel Coalition, and many others.

Access to Flight Information Is at the Heart of the Issue

Is airline flight information public or proprietary? The OTAs and metasearch folks want to be able to display—and the OTAs want to be able to sell—the full panoply of base airfare plus fees for any trip about which a consumer is checking, and they want to be able to do so for all airlines that serve the consumer's trip. They claim that these fares and fees are openly available to the public without restriction and are therefore public. Court opinions have favored this position.

Should airlines and anyone else displaying airfares be required to include not only base airfare but also fees for "optional" extras throughout the search process, starting with the initial display? And, if so, which extra fees should be included in that basic mix of options?

The airlines say that their existing disclosures are adequate to inform consumers. Many consumer advocates disagree.

The airlines' hidden agenda is that they want to drive as many bookings as possible to their own online distribution systems. They want both to reduce the fees they pay to global distribution systems (GDS) and OTAs and to have more control over the purchase process. They may even be looking forward to "dynamic pricing," where they tweak the fares and fees shown to each consumer in light of what they know about that consumer.

For OTAs, the situation approaches existential. If consumers have no choice but to book direct, OTAs are out of the air ticket business. I suspect, however, that airlines would be more tolerant of metasearch systems, as long as they included links to airline systems.

Ideally, a consumer would be able to enter a search by calling for consistent fare-plus-fee costs for any given itinerary. Thus, for example, "I want to fly from Chelm to Kampen on (dates), including one checked bag, advanced seat assignments, and onboard meals." And the system would return all-up prices for that itinerary from all airlines that fly the route.

Is this technically feasible? I'm not sure, but I think it is. Certainly it couldn't adjust to any special deals available to travelers with elite frequent flyer status or those carrying premium credit cards. Presumably, however, travelers know their status and cards and could adjust accordingly.

Right now, you can't come close to the ideal search. If you want to find out about fees for checked bags, carry-on bags, assignments, meals, and such, your only approach is to go to each airline's website. And if you might want to fly Southwest, you have no other option than to book directly with the airline, period.

Although currently in the spotlight, these are not the only air travel protection issues facing consumers. Among the most urgent:

Although the issue of open access to flight information had been simmering for years, it was brought to a head in October 2016 when the Department of Transportation (DOT), at the urging of consumer advocates, opened a formal Request for Information (RFI) about whether the airfare market was sufficiently transparent and adequately competitive. Fees for various "optional" extras, beyond base airfare, formed a prominent focus of the DOT interest. Both the airline side and the consumer side immediately submitted comments—thousands of them.

In January 2017, DOT issued a Supplemental Notice of Proposed Rulemaking proposing that all airlines should be required to disclose, more narrowly, the base fare plus customer-specific fee information, or itinerary-specific information, for a first checked bag, a second checked bag, and one carry-on bag wherever fare and schedule information is provided to consumers.

But before DOT could act on either the information request or the proposed rulemaking, both were suspended in March 2017 and terminated in December.

In 2017, Senator Susan Collins (Republican, Maine) introduced legislation reflecting the earlier DOT information proposals as part of the U.S. Senate Appropriations Bill. Although her submission passed in committee, it was deleted before passage by the House.

So, as of April 2018, consumers interested in fully transparent airfare searches are back at square one.