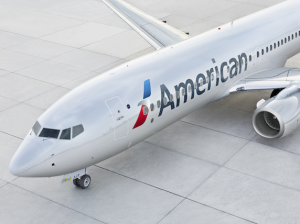 In a press release earlier this week American Airlines announced that it would bolster its presence in Latin America by adding several new nonstop routes departing from the US beginning in December 2018.

The airline hopes to grow its presence in the region by adding service to four previously unserved destinations by American including Georgetown, Guyana (GEO), Pereira, Colombia (PEI), Cordoba, Argentina (COR), and to Oaxaca, Mexico (OAX). Included in these new routes, American is also introducing the only nonstop flight by any airline between its west coast hub in Los Angeles (LAX) to Buenos Aires, Argentina (EZE). American also rehashed a previous announcement of a new nonstop service from Philadelphia (PHL) to Mexico City (MEX), which is already on sale but will begin service on July 5, 2018.

The newly announced routes will be available for purchase starting in early April. Information on the new service follows:

The new routes weren’t the only news coming from American regarding its operations in Latin and South America. The airline announced that is increasing its service to several other destinations. Miami (MIA) will see increased service to Antigua (ANU) and strangely Caracas (CCS), which had seen it’s service slashed back in 2014 amongst a dispute over funds. Dallas area fliers will also see added service from Dallas (DFW) to three Mexican destinations: Cancun (CUN), Los Cabos (SJD), and Torreon (TRC). The addition of the routes comes at a cost, mostly to American’s current service to its Brazilian destinations. Due to cited poor performance on several of the Brazilian routes, American will outright drop or reduce numerous routes to accommodate the newly announced destinations. While Dallas fliers get three new routes to Mexico, they will lose two others. The nonstop flights from Dallas (DFW) to Quito (UIO) will be dropped in August and seasonal service to Rio De Janeiro (GIG) will be axed from next Winter’s schedule. Other services to Brazil such as New York (JFK) to Rio de Janeiro (GIG), Miami (MIA) to Sao Paulo (GRU), and Los Angeles (LAX) to Sao Paulo (GRU) will all see a reduction in daily flights. American Airlines will also end its service from Miami (MIA) to La Paz, Bolivia (LPB) this July and closing up shop and operations in Belo Horizonte (CNF) this August.

Overall, it's nice to see new routes and destination availability announced from American Airlines even if it comes via cuts in other services. It is smart timing for AA to launch these new routes during the Winter/Holiday season so they will probably have full planeloads. I am interested to see how these new routes perform especially those to Argentina over the long-haul (pun intended).