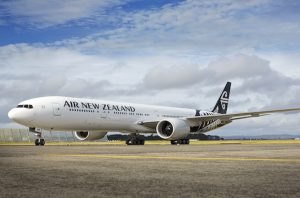 Air New Zealand announced yesterday that they will begin nonstop flights from Chicago-O'Hare ORD to Auckland, New Zealand AKL starting on November 30, 2018. This 8,184-mile ultra-long-haul route will be serviced by a Boeing 787-9 Dreamliner and will fly three days per week: Wednesday, Friday, and Sunday.

As a Star Alliance member, this will help link Air New Zealand with United's Chicago hub offering passengers a wider range of connection opportunities throughout the US and North America. Conversely, US-based fliers will be provided with easy connections from Auckland onward to other destinations in New Zealand and Australia.

In addition to this announcement Air New Zealand has posted an introductory sale featuring this new route. Fares are available for the inaugural flight on November 30 through December 9, 2018, then again from February 1 through February 27, 2019. Although these aren't the cheapest fares we've seen to New Zealand and Australia, keep in mind these flight periods are during the peak Summer months in the Southern hemisphere and only require one connection in AKL if traveling onward. Introductory sale prices will be available for purchase through April 10, 2018.

Free stopovers are permitted in Auckland. Stopovers within New Zealand permitted at $100 each. Subject to direct air services between two points and must be purchased at the same time as the international airfare.