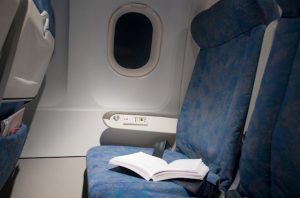 Choosing an airline is no longer as simple as economy, business, or first class. The majority of flyers select economy, but that’s become a complicated option: When you fly one of the legacy lines, you’ll have to select from up to four distinct versions of economy airfare, encompassing three different products.

Here’s what to look for when you’re booking economy airfare, and what it means.

The idea of a stripped-down, “nothing but the seat” version of economy airfare that Delta inaugurated on domestic flights has now headed to Europe on many legacy lines. It’s typically nonrefundable, with no advance seat assignment, reduced or no frequent

flyer mileage earnings, no possible status upgrades, plus late boarding, and usually you can only take carry-on one personal item without a fee. The idea is to be able to post lowball fares that compete more effectively with low-cost lines. The hard product is a step below regular economy in terms of allowances or add-ons, but still better than some low-fare lines’ hard product.

The old economy product that you love (or more likely, hate) remains, with the usual fees for ticket changes but sometimes includes a checked bag, meals, maybe a seat assignment, and the other stuff you’ve expected for years, like a personal item and carry-on bag allowance. The hard product includes the

typical economy seat that’s too narrow for most adults, and limited legroom.

The names differ: American says “Main Cabin Extra,” Delta says “Economy Comfort,” and Virgin Atlantic says “Economy Delight.” But the product is the same: Standard, narrow economy seats with three to six inches of extra legroom. Seats in exit and bulkhead rows automatically provide extra legroom, and lots of airlines, including low-fare lines, charge a premium for these seats. The big U.S. lines have installed several rows of extra-legroom seats in designated cabin sections and offer them either as an optional add-on to regular economy, or as part of an upgraded economy bundle.

Among European lines, only KLM offered stretched economy until recently. Several other European lines are adding it to provide consistency with their U.S. alliance partners, and they can also sell it on codeshared flights operated by U.S. airlines. The soft product is typically the same as regular economy, but Delta offers some other upgraded features.

Premium economy airfare is the only one of these that’s really a different class. The hard product is a lot better than regular or stretched economy: Typical seat pitch (the front-to-rear spacing of seat rows) is at least 37 inches, and more usually 38, compared with the 30 inches typical of legacy-line economy airfare and the 28 to 30 inches typical of low-fare lines. Seats are several inches wider, with wider, or your own cushioned armrests.

Even the soft product is also usually better, with at least one free checked bag, upgraded meals, and maybe separate check-in and boarding lines. Until this year, only Asian, European, and Pacific airlines, along with Air Canada, offered true premium economy. But now American and Delta are adding it, both on new planes and some refurbished older models. United announced it will start offering it sometime this year, but neither American nor Delta offers premium economy on a majority of international flights yet: According to SeatGuru, it’s limited to new 787-9 planes on American and new A-350 planes on Delta. But these lines can sell true premium economy on codeshared flights with their European partners.

How to Find the Economy Airfare You Want

Searching for a transatlantic flight is more complicated than ever:

Read the original story: The 4 Different Types of Economy Airfare, Defined by Ed Perkins, who is a regular contributor to SmarterTravel.