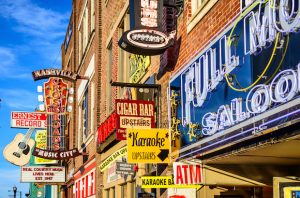 Southwest announced five new nonstop routes today to go along with their schedule extention through October 1. One amazing intro fare from the new route announcements is Atlanta to Nashville for $38 round-trip!

Seen below, we found seats departing Atlanta ATL on Wednesday, August 8, returning from Nashville BNA on Tuesday, August 14. Other dates are available for travel on Tuesdays and Wednesdays from August 7 through September 26.

This is one of five new routes announced by Southwest today. Atlanta to/from Nashville service begins August 7 and will be operated up to five times/day. Book this $38 round-trip intro fare before 11:59 pm ET, on February 17.

Nonstop fares Include: Please note, these fares are only available on Southwest.com. Other carriers regularly match these sale fares, so be sure to compare to find the best deal.

All fares work in reverse as well. Along with the new route announcements, Southwest also announced increased service between Los Angeles and Portland and New Orleans starting August 7. In addition, seasonal nonstop service between Cincinnati and Phoenix will be offered in March 2018.

Need a room in Nashville? Here's what's available for the above dates on Hotelwatchdog.