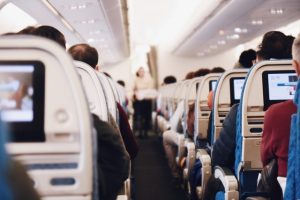 DOT Considers Rolling Back Passenger Protections with Help from the Airlines

Are we on the brink of a major reversal in passenger protections? Seems likely.

Just last fall, the Department of Transportation approached airlines and industry lobbying groups, asking them to highlight "existing rules and other agency actions that are good candidates for repeal, replacement, suspension, or modification," according to the Wall Street Journal.

As you can imagine, the airline industry had a lot to say. High on their wish list were changes to tarmac delay penalties, lost luggage liabilities, compensation for involuntary bumping, as well as abolishing the 24-hour grace period when booking tickets. While losing such protections would be an enormous blow for flyers, the most sinister of these proposals floated by the airlines is a fee for wheelchair service.

Comparison shopping for flights online could also become a little more tedious under plans that would let airlines pay to appear first in OTA search results, as well as hide on-time and cancellation information from consumers.

These changes are part of a larger effort by the Trump Administration to scale back what they pervceive to be over-regulation.

Not all the proposed changes sound awful. One request would permit carriers to pay those passengers who have been bumped via electronic transfer or debit card rather than the current system which allows for cash or check. Of course, if the airlines get their way, they won't have to pay a cent for involuntary bumping anyway.