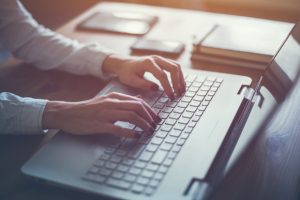 Google Flights, the airfare search tool from everyone’s favorite omniscient internet entity, has received two significant upgrades, both of which could prove popular with travelers and irk some airlines.

The service will begin predicting delays before they are announced, and will note bag fees to better mark Basic Economy fares from American, Delta, and United, Google announced in a blog post. “It can be confusing to understand whether important options— like overhead bin space, ability to select your seat, and baggage fees— are included in the fare,” Google says. Users will now see those restrictions while browsing fares.

Google will also begin predicting delays before they are announced by airlines.  This feature will give the head’s up on the day of your flight, so you can “prevent surprises” at the airport.

“Using historic flight status data, our machine learning algorithms can predict some delays even when this information isn’t available from airlines yet,” Google says. Google only flags delays when the feature is at least 80 percent confident in the prediction.

While the predictive delays tool is certainly helpful, travelers might value the addition of Basic Economy restrictions to the fare search result. Search tools have long needed to adapt to the changing airfare landscape. Flagging Basic Economy fares and outlining the restrictions that come with them means travelers can now more accurately compare price options.

Readers, do you use Google Flights? If not, what is your preferred flight comparison tool?

This article originally appeared on SmarterTravel under the headline, Google Flights Now Predicts Delays and Warns of Bag Fees, and is reprinted here with permission.