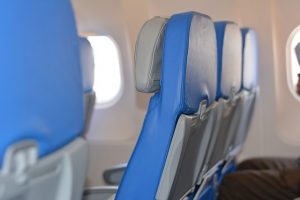 Should Airlines Get Rid of Reclining Seats? This One Is.

When it was disclosed last week that British Airways planned to install non-reclining seats on its 25 new Airbus A320neo and A321neo planes, the predictable outcry ensued. It was a battle royal between those who favor civility and those who assert their “right” to recline.

Among the representative comments on FlyerTalk:

I see the inability to recline seats in short haul a positive!

I hate it when the passenger in front reclines. No recline so stuck bolt upright for 2-3 hours at the end of the work day flying home, no coffee included…

Thank goodness BA have removed recline. No more arguments with the inconsiderate person in front of me now when in Y.

For me, I don’t think a non-reclinable seat for short haul is itself the real issue—up to say 1 hour 30 or so.

Rather than those categorical ayes or nays, however, the best answer might be: It depends. Specifically, it should depend on the legroom between the seats. No one complains when a passenger in first class reclines his or her seat, because there’s plenty or room between seats, and reclining seats won’t encroach on anyone else’s space. But when there are a scant 29 inches between seats, as is increasingly the case in coach cabins, even a fully upright seat back is only a few inches from the face of the passenger behind. Under those circumstances, tilting that seat back even further is inconsiderate of other flyer’s personal space at best, and an act of hostility at worst.

My suggestion as this new reality might spread: For seats with less than, say, 32 inches of pitch (the distance between seats), seats should be fixed in an upright position—no reclining seats. And for seats with 33 or more inches of pitch, seats will be able to recline five degrees for every extra inch of legroom.

There are no absolutes there; recline and pitch are co-variables, as they should be.

This article originally appeared on SmarterTravel under the headline, Should Airlines Get Rid of Reclining Seats? This One Is. It is reprinted here with permission.