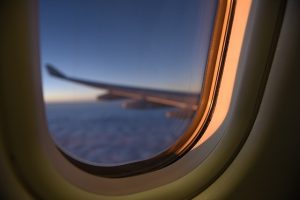 6 'Unknown' Transatlantic Airlines You Should Consider in 2018

Next year will see the continuing expansion by low-fare airlines offering flights from the U.S. and Canada to Europe. Norwegian and WOW have been making most of the headlines recently, but a few other lines, more obscure, will either expand on existing services or start completely new service.

Three of the six are subsidiaries of either a giant line or a large tourist-based line. The rationale seems to be that by starting an independent subsidiary, a giant line can cut costs by hiring younger, low-seniority pilots and crew—a rationale that didn't work well domestically for the big three but might for intercontinental flights. Still, there's no guarantee that at least one of the new services will last past 2018.

Most new services will be seasonal, with varying spring start and fall end dates, and many will operate only two or three times a week rather than daily. You can expect to see some "insane" one-way fares, but pricing practices usually result in round-trip fares that are much higher than twice the featured one-way figure. All airlines are currently open to online booking. Unless noted, the sample fares we show are round-trip for a two-week trip, July 11-25; plus or minus a few days on services that do not operate on those dates. Fees shown are also round-trip.

The German unit of Thomas Cook Airlines has been flying between Germany and North America for many years, initially as an affiliate of Lufthansa but now an operating division of Thomas Cook. Condor flies to Frankfurt or Munich from Anchorage, Austin, Baltimore, Las Vegas, Minneapolis, New Orleans, Phoenix (new in 2018), Pittsburgh, Portland, and Seattle.

Sample fares between Denver-Zurich (all fares include checked bag, meals):

Lufthansa's expanding low-fare brand has taken over some former Air Berlin routes, and will fly this summer to Cologne-Bonn or Dusseldorf from Ft Myers, Miami, New York/JFK, Orlando, and Seattle. Eurowings flies A330s with economy seats, 8 across at 30-inch pitch, stretch economy at 32-inch pitch, and premium economy at seven across and 45-inch pitch. Press reports say that Eurowings will introduce a flat-bed business class sometime in 2018, probably starting with flights from New York.

This startup line, an offshoot of Guadeloupe-based Air Caraibes, will fly twice weekly from Paris/Orly to Papeete, Tahiti starting in May, with a stop at San Francisco (or maybe Oakland). Although it does not yet have government approvals, French Blue expects to sell San Francisco-Paris and San Francisco-Papeete segments separately. French Blue will fly A350s, with regular economy, premium economy, and business, but the regular economy, at 10-across, will be among the tightest seats in the air. Premium economy will be better, but not great, at 36-inch pitch; business will be lie-flat.

French Blue is obviously not yet posting fares from San Francisco to Paris or Papeete. But given the substandard seating, you should probably avoid its economy class unless the fares are really great.

The latest low-fare initiative from the IAG group—British Airways, Aer Lingus, Iberia, Vueling—will fly from a new base at Paris/Orly to Montreal and Newark and from its older base at Barcelona to Boston, Los Angeles, and Oakland. Rather than start a new corporation, Level will take over the operating certificate of OpenSkies, a BA affiliate that will cease flying the summer of 2018. Level flies A330s with economy, at standard 8-across and 31-inch pitch, and premium economy, at 7-across and 37-inch pitch.

This startup operates as Primera Nordic, with a home office in Riga, Latvia, and Primera Air Scandinavia, based in Copenhagen. It will start flying this spring from Boston and Newark to Birmingham, London/Stansted, and Paris/De Gaulle. Flights will be in A321neos offering regular economy at 30 inch pitch, stretch economy at 32-inch pitch, and a few exit row seats, and premium at four-across (no pitch information yet).