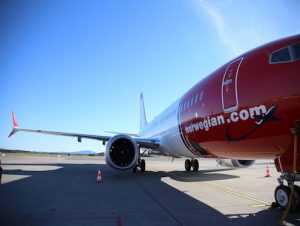 Q. I was on a JFK hotel shuttle when I overheard a conversation. Apparently, a couple of travelers had just returned from London.

The fellow who flew Norwegian mentioned that they cancelled his outbound flight simply because there weren't enough passengers on the trip. Norwegian flew them out the next day but of course they missed several events they had bought tickets in advance to see.

And Norwegian made no restitution. One of the passengers was an attorney who took names and wants to sue.

Can Norwegian cancel flights solely at their discretion and, if so, not pay its passengers anything? Can they be sued for this? This fellow made the point of saying it wasn't mechanical or weather related. Just the number of passengers.

A. I’m surprised that they would cancel a flight with not enough passengers since presumably that plane was scheduled to fly to JFK and pick up passengers for the return trip.

Airlines can cancel flights for any reason however European Union law stipulates that passengers are entitled up to 600 Euros in compensation. This is the case even if departing from the US, so long as the flight is traveling to/from somewhere in the EU. Even if the fare is purchased from a US-based airline but an EU-airline operates the flight (for example, you buy on American but the flight is operated by British Airways). You'll find more on these passenger protections here.