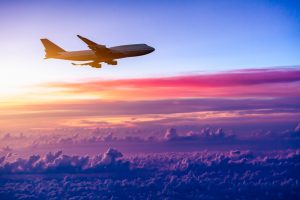 Each year, the Airfarewatchdog team searches for the best domestic airline. This is the sixth year in a row that we’ve compared airlines neck-and-neck to find out which one truly is best. We’ve ranked them on their performance in five key areas: Canceled flights, customer satisfaction, denied boardings, mishandled baggage, and on-time arrivals.

Overall, 2017 has been a whirlwind of negative press for the airlines. United Airlines took the hardest hit with its overbooking incident; Delta took a minor hit when it was accused of price gouging during Hurricane Irma (however, it wasn't proven and probably a computer algorithm response to the increase in demand for flights out of the affected regions).

Despite the negative press, airline customer satisfaction rose 4.2 percent, following the upward trend that the industry has seen since 2015. This year’s increase can largely be attributed to the pricing competition between legacy carriers and discount carriers.

For the third year in a row, Alaska Airlines is our pick for the best U.S. airline. This award joins the countless ones it's received this year, like the J.D. Power Customer Satisfaction Award for traditional carriers and the award for Best Travel Rewards Program from U.S. News.

George Hobica, Founder and President of Airfarewatchdog says the following on Alaska’s win:

“In addition to the quantifiable metrics such as on-time performance, Alaska has other things going for it: It has  resisted the industry’s move to “basic economy” fares, they guarantee prompt checked bag delivery, they allow free refunds if a non-refundable fare is canceled 60 days or more ahead of travel, and as anyone who’s flown them knows, intangibles such as the cheery attitude of cabin and cockpit crew add to the fun.”

United Bounces Back While Delta Stays the Same

To our surprise, United went up a spot overall this year, even though it received more negative press than any other airline on our list. This jump could be because it ranks number one for the fewest cancellations, moving up six spots from last year. United also moved up to second place for most on-time arrivals.

This year Delta, even with negative press around price gouging, continues to stand out amongst legacy carriers. The airline also managed to remain in second place for the second year in a row. With the recent announcement by Delta to allow customers free texting on-board, the airline may give Alaska a run for its money in the coming year.

Other major changes include, Alaska moving up from seventh place to second when it comes to denied boardings and the lowest ranked airline, Spirit, moving up in rankings for mishandled baggage from fifth place to second. This year overall Frontier and Spirit remained at the bottom.

See below for a full view of results.

*Based on airlines’ score in all categories

For more information or to speak with someone about the rankings, contact the team at PR@airfarewatchdog.com