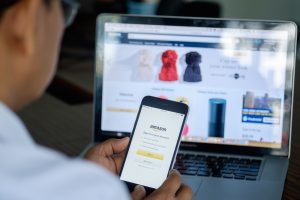 Top 10 Cities for #AmazonHQ2 Based on Travel, by Airfarewatchdog

Amazon is on the hunt for #HQ2. Many cities across the country have cast their bid to win the $5 billion investment and 50,000 new jobs. Now comes the evaluation, where Amazon will consider criteria such as the business environment, housing for talent, and overall general capacity and location for #HQ2. Which got us thinking, what about travel?

Airfarewatchdog analyzed a variety of American cities based on different aspects of travel and came up with the top ten options, based on their travel efficiency for future Amazon employees.

The ranking focuses on aspects of travel that would most impact someone who would be working or traveling to work at the new HQ, including: number of airports, international travel capacity (based on passenger count), metro accessibility to transit, rideshare appeal, number of hotels, most airfare deals (based on prevalence of Airfarewatchdog deals), number of airline hubs, and on-time arrivals/departures for airports in the city. Below are the top 10, in no particular order:

It should be noted, Seattle also ranked well in our criteria, but we know Amazon already has that city covered.