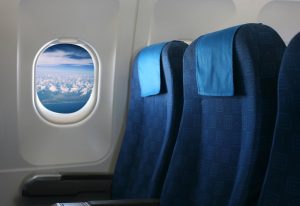 The District of Columbia U.S. Court of Appeals ruled last month that the FAA must show actual data to back up its unsupported assertions about the safety of tightly packed airline seats. The decision comes in response to a petition from the nonprofit group Flyers Rights, which requested that the FAA issue minimum seat width and pitch rules for airlines in the U.S. This could turn out to be a win for consumers, but it isn't yet.

Flyers Rights filed its original petition in 2015, asking the FAA to issue rules governing minimum seat sizes and spacing on commercial aircraft. The petition noted that since the 1960s, airline seats have grown smaller while passengers have grown larger, and it claimed that minimum standards were required to protect passengers' safety and health. The safety argument centered on the ability of travelers in high-density economy cabins to evacuate quickly enough during a survivable crash; the health argument centered on the possibility of deep vein thrombosis and other adverse health effects.

In its initial response, the FAA denied and dismissed the petition. The FAA claimed that it had access to successful emergency egress tests at seat pitches as low as 28 inches, and that DVT and other ills exist "irrespective of seat pitch." In filing the petition for review of the FAA order, Flyers Rights challenged both denials. Specifically, it noted that although FAA claimed it had sufficient safety emergency egress studies, those studies were "proprietary" and could not be released to the public.

The current Court of Appeals decision grants Flyers Rights' petition for review, but only on the safety issue, not the health issue. Specifically, the court challenged the FAA's refusal to make public the studies demonstrating safe egress. The crux of the decision:

"In asserting that decreasing seat size and pitch had no effect on emergency egress, the Administration pointed to certain studies and demonstration tests. But the cited studies say nothing about and do not appear to control for seat pitch, width, or any other seat dimension. Nor do they address or control for how increased passenger size interacts with the current seat dimensions to affect emergency egress. Studies cannot corroborate or demonstrate something that they never mention or even indirectly address."

And, succinctly, "But that is not how judicial review works. We cannot affirm the sufficiency of what we cannot see."

For now, then, the ball is back with the FAA. It's anyone's guess whether the agency will disclose the "proprietary" studies, conduct some new ones, or even appeal the decision. For consumers, the door for some relief from tight seeing may remain open, but it could be years before you see any actual improvements.