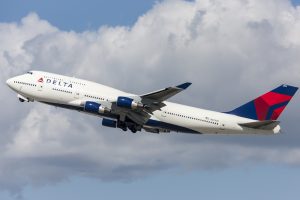 Ann Coulter Goes a Tweet Too Far for Delta

These days when an airline displeases a customer and said customer goes on social media to complain, the airline will bend over backwards not to engage or enrage. After United's horrific response to the David Dao incident and the recent one when Delta booted a California family off a flight when one of their party didn't show up and the parents tried to use the now-reassigned seat for their toddler, the airlines' social media MO has been, "Apologize, pay, and make this go away." (In the latter case, Delta refunded their fares and provided other perks.)

Not so with Sunday's incident involving Delta (again) and one Ms. Ann Coulter. According to news reports, Coulter had reserved an extra-legroom aisle seat but instead was assigned to sit in the same "Comfort Plus" row but at the window.

Airlines re-assign seats for a multitude of reasons, and they state clearly in contracts of carriage that their only obligation is to fly you between the cities on your ticket. Flight times are not guaranteed, nor are aircraft types, nor is your seat assignment. They usually offer an explanation for reassigning seats (such as a mobility-impaired passenger needing an aisle seat, or parents who need to sit next to toddlers), but not always. A few years ago I held a boarding pass in seat 3A on an American Airlines flight from LA to New York but was told at the check in counter that I could not be accommodated. I asked why not and was told that an explanation would not be forthcoming (the agent's silence probably indicated that an Air Marshall needed my first class seat at the last minute). However, I was polite and even though American had me on the next flight out exactly 59 minutes later (negating the need to compensate me for the involuntary bump), an employee found me in the lounge and handed me a $300 voucher, thanking me for being so "understanding."

Not so Ms. Coulter. She let loose and rather than backing down Delta stormed back.

Coulter was on a relatively short 3-hour flight and according to Delta she was moved from an aisle seat in row 15 (an emergency exit row) to a window seat in the same row. So I have to ask, what's the big difference? Those rows have plenty of space so you can get up to use the lavatory or whatever without disturbing your seat mates. And frankly, I hate aisle seats. I'm always getting bumped by larger passengers walking in the aisles.

Coulter tweeted, "it cost me $10,000 of my time to pre-select the seat I wanted, investigate type of plane & go back periodically to review seat options.” If she has that much money to waste, why didn't she just buy a first class seat? I couldn't help thinking that perhaps she was just in a bad mood because she wasn't in first class where a "celebrity" of her fame probably believes she belongs (perhaps it was sold out or her speaking fees are down and she couldn't afford it).

And doesn't she have better things to do? Or does she need the publicity so desperately that she wouldn't just accept the full refund of her $30 seat fee (remember, she still got her extra legroom seat)? Something took hold of her and she just couldn't control herself. So when Coulter tweeted insulting remarks about Delta employees and the woman who landed in her seat, and posted pics of passengers on her flight, it was too much for Delta. "Your insults about our other customers and employees are unacceptable and unnecessary,” the airline said in a statement.

“We are sorry that the customer did not receive the seat she reserved and paid for. More importantly, we are disappointed that the customer has chosen to publicly attack our employees and other customers by posting derogatory and slanderous comments and photos in social media. Her actions are unnecessary and unacceptable,” Delta's statement said.

Ms. Coulter would have done a lot better than just getting her $30 seat fee back had she been a bit more cooperative. I was on an AA flight where the extra legroom seat was broken and didn't recline and they gave me a $200 voucher when I politely complained on Twitter. I flew them yesterday and the in-flight entertainment system wasn't working on a trans-con flight but I didn't go all postal on Twitter. And a busted IFE on a six hour flight is way worse than the "ordeal" Coulter suffered.

If I were Coulter, I'd just let this go. Besides not guaranteeing flight times and seat assignments, there's one other thing they won't guarantee: that they'll fly you at all. Each airline has a blacklist and it's entirely up to them who gets on it.

Does Alcohol Affect You More On Planes?