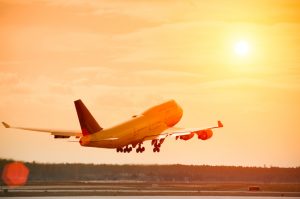 The Rise and Fall of the Airline Frequent Flier Program: A Timeline

This is the sad story of something that, for the last three decades, was obviously too good to be true. Frequent flier miles have been a boon for travelers and airlines alike, and they served both parties well for years. But so much has changed, and for most of it not for the better.

More miles or points are required for free travel; surcharges and fees have been added, making some trips not really free at all; fewer miles are awarded for paid flights taken; minimum spends are required to achieve upper-tier status; free upgrades are harder to come by as airlines lower non-refundable business and first class fares, or offer cheap last minute upgrades, in an effort to sell more seats and give fewer away; and so on.

Still, says mileage guru Randy Petersen, founder of FlyerTalk.com and other air travel websites, “Despite the clamor that 'no one can ever use their miles', tens of millions of 'mileage junkies' around the globe count on their awards to take them places each year, if only at times to escape that dreaded FOC/Fear of Coach with a fleeting upgrade.” As Petersen notes, “It's been more than 35 years since the first frequent flyer mile was awarded and they still capture the imagination of the public.”

So herewith, a (not exhaustive) timeline of the history of these programs as they raced to the bottom:

1979 - Texas International launches the first frequent flier program to award miles based upon distance flown.
1980 - Western follows suit a year later.
1981 - American AAdvantage launches, making it the oldest frequent flier program still in operation today. United and Delta launch their programs weeks later. The predecessor to British Airways’ current program (Executive Club) begins a few years later still.
1982 - As at their inception, the programs typically award one mile per mile flown with bonuses offered to the most frequent fliers and passengers traveling in premium cabins (or the most expensive economy class fares). Many airlines also guarantee passengers will earn a minimum of 500 miles no matter the length of the flight.
The standard economy class award ticket within the continental U.S. for most airlines is priced at 25,000 miles round-trip, while first class awards go for 50,000 miles; occasionally, restrictions such as a Saturday-night stay are imposed. Still, this is a great bargain because it truly represents something free. All this will change as the decades roll on.
1987 - Southwest launches a loyalty program named The Company Club awarding points based upon trips flown, regardless of distance.

2004 - Airlines introduce “fuel surcharges” to award tickets, often adding hundreds of dollars to the cost of “free” flights. The practice continues today on many carriers including American and Delta.
2007 - US Airways begins charging $5 to book any ticket on its website and later adds fees that can total $100 or more.
2009 - JetBlue changes its program to reward customers based upon ticket cost rather than distance.
2011 - Southwest converts to a system that awards travelers based upon ticket cost rather than trips or segments flown.
2014 - Another way for airlines to reduce the liability on their balance sheets is to simply raise the cost of an award ticket. United increases the price of some mileage tickets by as much as 87% for Star Alliance partners.
2014 - Delta’s SkyMiles drops another bombshell on loyal fliers announcing it will go fully revenue based. (Other airlines copy this in following years). Delta also divides its award chart into five categories leading to lots of confusion over how much an award ticket would cost.
2014 - SkyMiles announces that miles will be earned based on dollars spent on airfares. Members with higher status will earn more (top-level Diamond Medallions earn 11 miles per dollar flown). On top of that, fliers would need to spend a minimum amount in addition to flying specified distances to maintain elite status.
2015 - Just a year later, Delta increases the minimum spend required to attain status, while it also realizes that five tiers is confusing and deletes its award chart altogether. Now customers have to pay whatever the all-too-buggy Delta.com spits out.
2015 - In a conference call with analysts, Delta announces it plans to sell 70% of first class seats by 2018, up from 11% around 2010.

2016 - American, Delta and United announce they will award just 25% of miles flown (previously 100%) when members buy discounted fares on their OneWorld, SkyTeam, and Star Alliance partners.

2016 - American and United copy Delta and start pushing paid first and business class upgrades to fliers when they check-in online, at the airport, or when using their mobile apps; this limits the free upgrades that were once a coveted benefit of holding elite status.

2016 - American increases miles needed for many flights. While last year it was offering LA to New York first class seats in its new trans-con nonstop aircraft for 32,500 miles each way, now fliers see awards for 80,000 or even over 100,000 miles each way. AA is not alone. Now it’s not unusual to see Delta charging as much as 60,000 miles for a one-way economy class ticket within the U.S.
2017 - Delta raises partner-level award requirements to Europe and Asia during the same week it has an operational meltdown stranding passengers across its network.

2017 - United “adjusts” its fees on changing award tickets now charging a fee for anything from “any change within 60 days of travel” to “canceling and re-depositing a ticket.”

And in the latest round of cuts, “basic economy” fares (the cheapest offered by the legacy carriers) come with mileage-earning restrictions. United announces that it will not give fliers any miles for these fares although they will award elite status credit. American and Delta award miles, but like United, restrict seat assignments and do not allow cabin upgrades on these fares, even for elite frequent fliers.

The only major U.S. airline to continue awarding miles based upon distance flown is the ever-popular Alaska Airlines Mileage Plan program.

Is there any good news?

Not much. Airlines have lowered the miles and points needed for short-haul flights. United charges 10,000 miles for one-way flights of fewer than 750 miles. Delta will sometimes require just 5,000 miles each way on shorter trips. American offers similar discounts to members who have certain co-branded credit cards.

Northwest Airlines was known for allowing upgrades to first class even on award tickets. Delta adopted the same practice when the carriers merged. United allows award ticket upgrades to its co-branded credit cardholders, a move that incentivizes people to sign up for it. American plans to offer free upgrades to Executive Platinum members who redeem miles for economy award tickets domestically in the coming year.

But even though the airlines have made some unfriendly changes to their programs, and made them more confusing for the vast majority of consumers, there’s no reason to not sign up. If you attain upper tier status, you will be treated better if something goes wrong with your flight and you’ll earn more miles faster. But for the average once-a-year flier, which is most of us, just don’t expect the Earth.