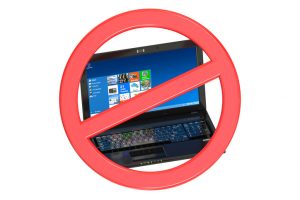 How to Cope With the New In-Cabin Electronics Ban

Now that both the U.S. and the U.K. are prohibiting airline passengers from carrying larger electronics inside the cabin on many inbound nonstop flights (only mobile phones will be allowed), at least one airline has said it will at least try to mitigate the inconvenience.

State-owned Emirates has announced that it will allow at least some passengers flying from Dubai, its hub, to bring these items through security for use in lounges and gate areas. The airline will then collect these items and store them in the cargo hold during the flight. That way, business travelers can work while waiting for flights.

What I still don't understand is why, if, as seems clear, the perceived danger is an explosive device being smuggled on board, a terrorist couldn't just explode the device in the cargo hold. The answer seems to be that there is a fear that one or more bad actors could assemble a bomb, in the cabin, from several electronic devices, which would be impossible to do if everything was securely tucked away below? But couldn't various components still be hidden away in carry-on bags and re-assembled later, at least if not discovered first by security personnel? And why can't someone simply fly to the U.S. or U.K. via, say, Madrid or Berlin? Certainly, that's exactly what some passengers might do, an understandable worry for the affected airlines.

These airlines, especially the largest (Emirates), are concerned that passengers will book away from their services, perhaps flying from Dubai to Paris (France hasn't announced a similar ban--yet) and then connecting onward to New York or Boston rather than taking a nonstop flight. Tim Clark, Emirates' CEO, told Bloomberg that he was "optimistic we will get through this. Our job is to comply, and manage the commercial and operational challenge,” he said, without commenting on the motivations behind the ban.

What else airlines...and you... can do

One thing these airlines could do immediately: pledge to cover loss or damage to these electronic items while in their care. Airlines notoriously refuse to take responsibility for valuables in checked bags.

In fact, Emirates in its contract of carriage specifically state that computers and "personal electronic devices" shouldn't be placed in checked bags. The Emirates contract reads:

Also, I expect to see some airlines provide laptops and iPads in flight (at least in business and first class) for passengers to use. Fliers can bring USB thumb drives with essential files and work on the loaner laptops, perhaps using inflight WiFi as well.

Passengers can protect themselves by buying their tickets with credit cards that provide free loss and damage coverage for checked bags. The American Express Platinum Card, for example, provides up to $2,000 for checked bag losses, even for electronics.

I doubt that many passengers will in any case want to put a laptop with sensitive information--or any information that can be viewed by prying security officers, especially in countries where the rule of law is weak--in the hold. One solution will be to buy a "clean" laptop for use only while traveling, but that won't suit everyone.

Plus, of course, you will now have to wait at baggage claim to retrieve your items, anathema to many "rather die than check a bag" road warriors.

Besides being a boon for airlines like Air France not yet affected by these new regulations, they will also be welcomed by Penguin and other publishers; after all, for some fliers the only way to entertain themselves may be the very old fashioned pursuit of reading a good book. Perhaps the affected airlines will start providing a lending library. Dickens, anyone?

Would you trust your electronics to checked bags? Let me know how you feel in the comments.