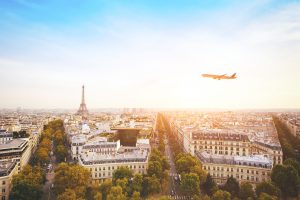 Here and elsewhere you've seen a lot about the invasion of the Atlantic by new low-fare airlines. Here are five things you need to know when you're considering a flight.

'Low Fare,' but not Lowest

Even though airlines such as Norwegian and WOW cast themselves as "low fare" lines, their fares aren't always the lowest on any given trip. For a test round-trip from New York to London in mid-April, for example, WOW charges $600 for a basic "nothing but the seat" ticket or $742 for seat plus checked baggage, while Virgin America or Delta charge $583 including a checked bag and a meal.

No matter how convincing the low-fare promotion, always check what the big guys offer before you buy. And, specifically, add in the cost of any extras you need—seat assignment, a checked bag, meals—when you compare with the giant line fares that typically include these extras in the base fare.

RELATED: Europe Passport Requirements: Do I Need a Passport to Go to Europe?

Those "Europe for $99" or even "Europe for $69" ads have grabbed a lot of public attention, but don't expect to find many, or even any, seats at those prices when you want to travel. Press reports indicate that WOW's $99 fares are already sold out for most of the season, and when you see a great one-way fare, the return flight is almost always going to be a lot more expensive.

It's not bait and switch; the low fare lines actually sell (or have sold) seats at those spectacular rates. But even they admit the lowest round-trips are going to be a lot more than double the promotional rate.

As Good (Bad?) as the Major Airlines

Unlike on such leading low-fare lines as Spirit and Ryanair, the hard product on Air Canada Rouge, Icelandair, Norwegian, and WOW is essentially the same as it is on the giant lines. Seat pitch at around 31 inches and the same seat widths are typical of the giant lines, and Icelandair, at 32-inch pitch, actually beats most of the giants; Condor, at 30 inches, is a tad tighter. Hard product on Norwegian's 787s and WOW's 330s are easily the match of 787s and 330s on the big transatlantic lines.

The only low-fare transatlantic lines with a substandard hard product are Air Transat and XL Airways, which operate 330s with a butt-pinching nine seats per row rather than the usual eight. Air Transat, however, provides a superior 32- to 33-inch pitch. Also, lines flying older-model 757s and 767s are apt to lag the majors in entertainment and at-seat power options.

WOW and Icelandair both operate all their flights from the U.S. to continental Europe by way of a stop and often a connection in Reykjavik. That's a big plus if you want to visit Iceland, because both lines offer free Iceland stopovers and Iceland is a fascinating place to spend a few days. But the total flight time in either direction is between 10 1/2 and 11 hours, compared with seven to eight hours on a nonstop.

Avoid Iceland airlines if you don't want to see Iceland: Knocking three or more hours off your flight eases the discomfort substantially.

The more honest ones, such as Norwegian, advertise their front cabin product as "premium economy," not "business" class. WOW, which flies A330s to/from the U.S. West Coast, says it will start offering a premium option in June. Although details aren't posted, the line's announcement implies it will be similar to the premium option on Norwegian.