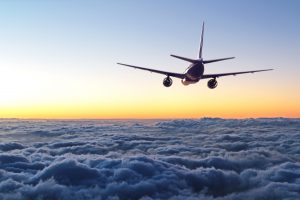 Why Are U.S. Airlines Freaking Out Over Emirates' New Europe Route?

The big three U.S. legacy airlines—American, Delta, and United—are having a hissy fit over Emirates' selling tickets from New York to Milan on its "fifth freedom" flights from New York to Dubai that stop in Milan on their way. Although their argument with Emirates and the other two big Gulf airlines is about more than fifth freedom flights, the Milan flights have been a focus.

As a traveler, however, your interest is on the question of whether fifth freedom flights offer any advantages. And the short answer is that they offer few, if any, cut-fare possibilities, but many of you prefer the inflight service of Asian, European, or Gulf lines over what our big three offer.

For starters, a definition of "fifth freedom" is useful. Immediately after World War II, the major countries got together in Chicago to set some rules for how commercial airlines would operate both to serve the traveling public and to encourage the airline growth. Among the rules were definitions of five airline "freedoms" involving where airlines might carry passengers; with four additional freedoms added subsequently.

The first two freedoms, for example, cover the right of an airline based in any country to overfly or make a fuel stop at an intermediate country when flying an approved international route, freedoms that are almost universally accepted. (Wikipedia has a good discussion of the complete list.) Other freedoms are subject to governmental approval, and the fifth freedom has frequently been contentious. It states that an airline based in one country flying to/from a second country by way of a third country can sell transportation between the second and third countries.

In the 1950s and 1960s, fifth freedom flights were occasionally the only available nonstops on some routes from the U.S. At one time, when the U.S. and Canada were having some sort of policy dust-up, the only nonstop flights between Chicago and Montreal were on Air France and the only nonstops between San Francisco and Vancouver were on Qantas. Later, Icelandair flew the only nonstops from New York to Luxembourg. That's no longer the case: Almost all current fifth freedom nonstops fly routes where competitive nonstops are available from airlines based at one end of the flight at the other. Current fifth freedom flights fly from the U.S. across both the Atlantic and Pacific:

Transatlantic flights on Norwegian may look like fifth freedom, but Norwegian has set up subsidiary companies in Ireland and the U.K. So Newark-Lome is the only route that doesn't have competition.

In general, airlines flying these fifth freedom routes have not been price-cutters, other than the occasional flash sale such as the recent Singapore promotions. Although some lines are probably selling discounted business class tickets through consolidators, none appears to be undercutting the prevailing fares in economy.

Nevertheless, the big three U.S. lines are unhappy with the Gulf lines, claiming they receive subsidies from their governments. And they're worried that the Gulf lines will add more flights with European stops. They've also targeted Norwegian for establishing its Ireland base to lower taxes and labor costs. In both cases, they're pushing the new Administration to limit those lines' flights to the U.S. on the grounds that it should protect U.S. jobs. Not so, say others in the industry; what the U.S. lines really fear is competition from the outstanding business class cabin service the Gulf lines provide and from Norwegian's aggressive fare cuts.

We're not trying to outguess the outcome. So, for now, you can consider a fifth freedom flight when the fare and schedule meet your needs. The big search engines include all of them.