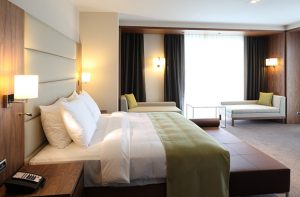 How to Get a Great Hotel Deal

We've seen some recent studies that provide more insights about how to find the best hotel deals and avoid the high-priced spots.

"Independent hotels are up to 15 per cent cheaper than chain hotels." So says a new report from the folks at HRS. And although the report was focused primarily on Europe, the conclusions appear to reflect a general trend everywhere. Among the key findings:

Although their room rates are lower, guest satisfaction scores are higher at independent hotels than at chain hotels.

Guest satisfaction scores for independent hotels match or beat chain hotel scores in three- and four-star hotels, but fall below chain hotels in the luxury sector.

If you want to avoid paying top dollar on your next vacation, avoid Zurich, New York, Copenhagen, Stockholm, and Venice. That's a conclusion from another recent study, this time by hoppa.com, of the most and least expensive major holiday destination cities in the world for 2017. Daily cost data are per-person, based on double occupancy of hotels; solo rates are considerably higher:

The average daily cost in Zurich for hotel accommodations, food, beverage, taxi, and entertainment is £170 (about $212). Costs at the other four highest-cost cities range down to about $160.

The most expensive major U.S. holiday destination outside New York is Honolulu, with an average daily cost of $155. And the figure for Las Vegas is $144. If you're looking for an exciting big-city experience in North America at a lower cost, consider Toronto at $US121.

The blockbuster destination cities in Western Europe cost a lot less than Zurich, but they aren't cheap. Rome comes in at $154 and Paris at $146. At $154, Dublin is surprisingly expensive. If you want better prices, check out Vienna at $116 and Berlin at $101.

Eastern Europe remains an attractive venue for budget travelers, with daily costs ranging from $86 at Tallinn to $75 in Prague, $50 in Bucharest, and $48 in Sofia..

If you're more concerned with just the hotel component, New York, at $230, just beat out Zurich, at $206, per room for two people. Paris, by comparison, fares better at $160. And, among the places you're really likely to visit, Bangkok is the low-cost champ at $63.

Zurich also topped the most-expensive lists for both a meal for two at a midrange restaurant, at $100, and $20 for a two-mile cab ride. But at $159, Universal Studios in Florida earned the most-expensive award among "top attractions." Check here for a detailed look at this fascinating study.

These findings certainly confirm what I've experienced on recent trips. Switzerland remains expensive, especially in Zurich: A non-lavish dinner at my favorite Zurich restaurant—soup, main course, dessert, and a half bottle of local wine—currently costs about $120 just for one person. Prices in smaller cities are better, but still higher than in surrounding countries. At the other end of the spectrum, my Asian visits validate Bangkok as a great place to enjoy top-notch hotels at budget prices. I also found great deals on four-star hotels in China.

You've undoubtedly seen lots of reports indicating that big hotel chains give you their best deals only when you belong to their loyalty program and book through their own website. But that doesn't mean you can't use the Internet to search and compare prices. Metasearch engines such as TripAdvisor generally include rates from hotel websites in their searches and post links to the hotel's own website among the options. If it isn't featured, click on the "view all deals" button.

On an upcoming weekend trip, for example, I used TripAdvisor to compare rates, selected a place I liked that belongs to the Hilton chain, and clicked on the link through to the Hilton website. That site posted the special rate for Honors members that wasn't available through any third-party online agencies.