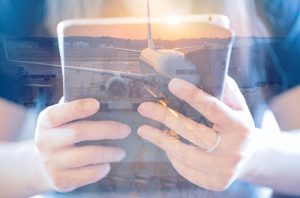 Battle Heats up Between Airlines and Online Travel Agencies

It's been going on for as long as online travel has existed.

Airlines have attempted to control online travel agency access to their airfares, granting it, taking it away, granting it. But now these third-party websites are fighting back in unison, and they've attracted the attention of the U.S. Department of Transportation.

You may not realize it, but when you attempt to compare airfare on sites like Hopper, Expedia, TripAdvisor, Farecompare, and many other websites, you sometimes don't see every possible airline or airfare. You certainly won't see Southwest's fares, or in many cases those sold by Allegiant Airlines. In the early days of internet travel, Southwest briefly shared its inventory with Travelocity, but that was the only third-party site that ever showed real time prices on Southwest (Skyscanner does show Southwest's fares, but in my experience they are "cached" rather than real time, so they're not always accurate). For a while, American didn't share fare data with Hopper (it does now), and AA also had access tussles with Orbitz over the years.

But a group calling itself the Travel Technology Association, which advocates for "increased transparency and competition in air travel," has taken its case to the government and it looks like they'll get a hearing. The D.O.T. has issued a request for information concerning these practices.

Airlines, not surprisingly, are fighting back. “Dictating to the airline industry distribution and commercial practices would only benefit those third parties who distribute tickets, not the flying public,” Airlines for America president Nicholas Calio said in a written statement. Just how this wouldn't benefit consumers is a mystery to me.

Just why do airlines restrict access to their schedules and prices? It's complicated, but commercial spats over how much third-party sites pay for referral traffic has played a part in the past.

A larger question is what other industries restrict comparison shopping. Do Sony or Samsung restrict third-party sites, such as Google Shopping or Nextag, from displaying how much retailers are charging for their products? Not that I'm aware of. In the screen grab above, these restrictions place the burden on the consumer to figure out that Southwest.com is listing $152 round-trip for an Atlanta-NYC nonstop leaving November 8 returning November 12 on several flights, while Google Flights is showing a similar fare on Frontier on just one flight (and Frontier charges for even carry on bags, while Southwest doesn't charge for bags at all).

At the very least, third-party travel websites should make it very clear which airlines they lack data for. That would be a good first step toward transparency. And airlines should make it publicly known exactly why they choose not to list fares and schedules on some sites in favor of other sites.