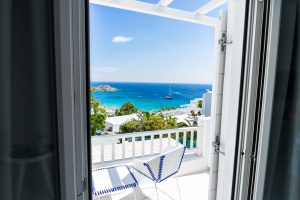 For Airbnb customers with an appetite for frequent-flyer points, it's been more famine than feast. Notwithstanding the obvious linkage between on-the-road accommodations and other travel services, Airbnb, which boasts 2.5 million residential properties in 191 countries, is a partner in just three airline programs.

The first of those tie-ups was with Virgin America, put in place late last year, allowing Elevate members to earn one point for every $1 spent. However, the relationship is only in effect through November 1, 2017, suggesting that one or both parties had doubts about its viability. (There's no telling whether the relationship will be carried over to Alaska Airlines' Mileage Plan, when the Alaska and Virgin programs are merged.)

The second Airbnb-airline tie-up was announced earlier this month, when Qantas began awarding frequent-flyer points for Airbnb stays booked through the airline's website. Once again, the earning rate is one Qantas point per $1 spent.

The third miles-earning option is via United's MileagePlus X shopping app, which awards three miles per $1 spent on Airbnb stays. While that's a significantly better earning rate than either Qantas or Virgin's, using the app is a less-than-straightforward process, requiring purchase of a gift card which is then redeemed for the desired product or service.

Elsewhere, Airbnb has a relationship with American Express, which might evolve into mileage-earning, but for now it only allows cardholders to redeem Membership Rewards points for stays.

Of course, it goes without saying that Airbnb stays charged to any rewards credit card will also earn miles, typically at the rate of one mile per $1 spent, but sometimes as much as three miles per $1, as in the case of the new Chase Sapphire Preferred card.

No doubt there will come a time when Airbnb is partnered up with most major airline programs, like Hilton or Marriott are today. For now, the options are limited.

Are you an Airbnb customer? Would you be, if it were better integrated into the miles-and-points ecosystem?

Read the original story: 4 Ways to Earn Loyalty Points for Airbnb Stays by Tim Winship, who is a regular contributor to SmarterTravel.