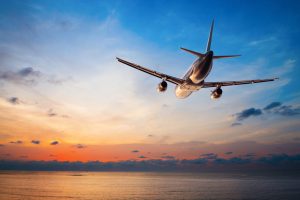 We have no idea who will win the presidential election this fall, but we do know which airline came on top in our search for best domestic airline! This is the fifth year that our team put U.S. airlines head-to-head in search for the best airlines. We ranked the airlines based on their performance in five key areas: canceled flights, customer satisfaction, denied boardings, mishandled baggage, and on-time arrivals.

Airlines are doing better than ever this year as a whole. Think back to your last flight—did you notice the new in-flight entertainment services or the return of free snacks? Airlines are taking record profits earned from lower fuel costs and investing them into their in-flight experiences. Better in-flight experiences, lower ticket prices, more on-time arrivals, and fewer cancellations have resulted in an increase in customer satisfaction of 4.3 percent – breaking last year's increase of 2.9 percent and matching the all-time high set in 1994.

Now to the results! This year’s winner also was ranked #1 for their rewards program by US News & World Reports. Can you guess? The best U.S. airline this year was Alaska Airlines. This airline was the top airline last year and has been in the top four since the first year the list debuted. Additionally, this year United left the absolute bottom switching places with Spirit. Below is an in-depth look at the rankings. Last year’s rankings can be found here.

*Based on airlines’ score in all categories

For more information or to speak with someone about the rankings, contact the team at PR@airfarewatchdog.com