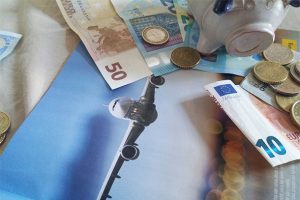 Amazing Places Where Your Dollar Goes Further This Year

This is a good year to be a budget traveler—now is an exceptional time to take advantage of the strong U.S. dollar around the globe. Favorable exchange rates and overall affordability can get you more for your money everywhere, from easy-to-reach places like Canada to bucket-list destinations like South Africa and Australia. Here's where you can score cheap hotels, stretch your dollar sightseeing, and even indulge in bucket-list trips for a lot less than usual.

Last year, for the first time since 2004, the Canadian dollar tumbled below 72 cents. It's slowly making a comeback, but still hovers at a bargain 75 cents, low enough to justify a cross-border shopping spree where your mental math can happily mark down everything at 25 percent off. Canadian stores near the border fly American flags, heralding the arrival of Yankee neighbors and their strong-dollar pocketbooks. Americans are catching on—border crossings are up and cities have seen an influx of U.S. visitors. Lower hotel prices complement the favorable exchange rate: In both Montreal and Toronto hotel rates have dropped significantly in price, according to Hotels.com.

If Australia is on your bucket list, this is your year. The Australian dollar took a hit in 2015, dropping to a six-year low. By December it had plunged almost 12 percent against the U.S. dollar, and is now at about 76 cents. Although flights to Australia can eat up a sizable chunk of your budget, you'll save once you hit the ground with the strong U.S. dollar. And increased direct flights from major U.S. cities make it more convenient than ever to get there. Daunted by the flight time? Don't be—at just under 15 hours from Los Angeles, it's about the same length as a flight to Rome. In December, American Airlines and Qantas both added daily service between LA and Sydney, and Qantas also added daily nonstop flights between San Francisco and Sydney.

RELATED: 11 Things Locals Want You to Know About Australia

A deep recession and plummeting oil prices continue to prolong the fall of the Russian ruble. The country's currency has recently hit historic lows, losing more than half of its worth as of the end of last year. For travelers, this means paying around 50 percent less for nearly everything from hotel rooms to cappuccino. At McDonald's in Russia, a Big Mac costs 114.00 ruble ($1.53) compared to $4.93 in America. The Economist magazine's Big Mac Index, comparing the cost of the McDonald's burger in cities around the globe, names Russia as one of the world's most undervalued currencies right now.

RELATED: How to Do Europe on the Cheap in the High Season

Europe's best travel bargain in 2016 is Krakow, Poland, according to the Price of Travel's annual European Backpacker Index. Travelers exploring the culture of the beautiful old city will find plenty of cheap hostels and restaurants. Expect to spend around $25 per day to cover lodging, transportation, meals, entertainment, and attractions. At press time, the country's flagship carrier LOT Polish Airlines is discounting fares to Krakow and other destinations in Poland. Round trip rates start at $553 with the least expensive seats selling out first.

American travelers bound for Eurozone countries can count on spending a dollar that hasn't been this strong against the euro since 2003. A U.S. dollar buys 0.90 euro now, and economists predict the currencies could be at parity within the year as Europe continues to struggle with migrant and debt crises. Looking for the Eurozone's most affordable cities to visit? Santorini, Greece; Tenerife, Spain; Lisbon, Portugal; Valletta, Malta; Athens, Greece; Naples, Italy; and Madrid, Spain were ranked cheapest on the 2016 Backpacker Index. Vienna saw the largest drop in hotel price (26 percent) with the average price at $123 per night last year, according to Hotels.com 2015 Hotel Price Index.

Last summer's massive stock market crash in China rocked countries around the globe. The country's economic slowdown is still making headlines … and making dream trips affordable for Americans. While travelers will find great value in China's two main tourist destinations, Beijing and Shanghai, the lesser-known Xi'an ranks higher on the 2016 Price of Travel Index, which names the world's cheapest cities for travel. Home to the Terra Cotta Warriors, Xi'an is a capital city of ancient dynasties with an abundance of historical sites and cultural relics to explore. According to the index, you can budget to spend only $29.57 per day here.

Southeast Asia boasts many of the world's best travel bargain destinations, and Vietnam solidly stakes a claim as a budget hot spot in 2016. In ranking 31 Asian cities by price, the Price of Travel's Index named Hanoi and Ho Chi Minh City second and third, respectively. These lively destinations cater to travelers seeking to stretch their dollars and have authentic experiences with locals. There are plenty of cheap lodging options, and amazing street food is tucked away in tiny alleys. Less than $20 a day picks up the tab for food, attractions, and lodging, according to the index.

RELATED: 9 Reasons Why Vietnam Is the New Thailand

Going on safari may be within your budget in 2016. The American dollar is strong against South Africa's currency as a result of the country's high levels of short-term debt and weak commodity prices. The exchange rate makes even elite luxury safari lodges more affordable for Americans. For instance, an all-inclusive stay at Jock Safari Lodge in Kruger National Park, including two game drives, is $356 per night. Even dining out is more affordable: The average price for a three-course meal at a mid-range restaurant is 49 percent less expensive in South Africa than in the U.S., according to Numbeo.com data. Savings are significant: You'll pay 73 percent less for a bottle of wine and 66 percent less on taxi fare.

As a fragile economy that relies on exporting raw materials to China, Brazil saw a 30 percent drop in currency value last year (a 12-year low) in the wake of China's slowing growth. It's a prime time for Americans to cash in on an excellent exchange rate and enjoy deep discounts as this deep recession lingers. According to Hotels.com, guests from the U.S. have enjoyed double-digit decreases in room rates in both Rio de Janeiro and Sao Paulo since 2015.

Editor's note: The CDC suggests that travelers who are pregnant or planning on becoming pregnant consider delaying travel to areas where Zika virus is spreading. All travelers going to affected areas should consult with a doctor before departure, and should take precautions to avoid mosquito bites while traveling.

RELATED: The Best Brazilian Beaches for Every Personality

One of the world's most budget-friendly countries, Thailand has been a backpacker haven for decades. The country's short-term debt continues to make the economy more vulnerable as the U.S. dollar strengthens, so it's no surprise that three Thai destinations landed on the 2016 Price of Travel Index's list of cheapest Asian cities: Chiang Mai (#4), Bangkok (#16) and Phuket (#19). With its centuries-old pagodas, elephant camps, and mountainous jungle treks, Chiang Mai is less crowded than Bangkok and quite a bit cheaper, indulging budget travelers for only $18.47 per day. Travelers will also find good value in Bangkok, where the average hotel room goes for $92 per night, according to the latest Hotels.com hotel price index.

Read the original story: Amazing Places Where Your Dollar Goes Further This Year by Jamie Moore, who is a regular contributor to SmarterTravel.