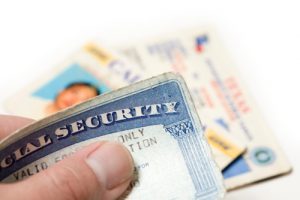 Q. Help! I l flew to the inlaws yesterday and seemed to have misplaced my license somewhere along the way. I tried calling the airport lost and found, but  it looks like I may have really lost it forever. So here I am, stranded, with no license. Do I stand a chance of clearing security on the way home without it?

A. Oof, sorry to hear! It's not easy, but these things do happen. If you have any other forms of ID handy, of course that will help. According to the TSA, acceptable forms of identification include:

Says the TSA, "If passengers are willing to provide additional information, we have other means of substantiating someone’s identity, like using publicly available databases." You can peruse the TSA's Identity Matters page for more info. All hope is not lost!