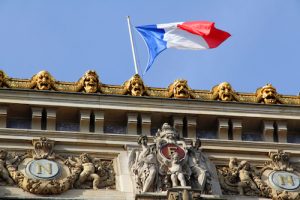 Q. I finally have the time to take my dream trip to hop around Europe. When is the cheapest time to fly to England and what is the best way to get good fares for bouncing throughout Europe? I'm pretty flexible with dates.

A. Economy class fares to Europe generally start to go down after mid August, and continue downward from there until mid December. They are also cheaper from just after the New Year to March 31. Dublin and Shannon are often the cheapest European destinations, and they are good places to land since Ryanair offers onward flights at rock-bottom prices to many European destinations. Just be careful if you check a bag on Ryanair, because their bag fees can add up, especially if purchased last minute at check-in. You might also consider Norwegian Air Shuttle (currently operating from Baltimore, Boston, Ft Lauderdale, Orlando, Las Vegas, Los Angeles, New York, and Oakland) to Oslo, Stockholm, Copenhagen, or London Gatwick. Or from Boston and Baltimore, WOW air to Paris, Amsterdam, Berlin, Copenhagen, or London Gatwick. Though again, those bargain fares come with strict limitations on baggage allowance, so pack light or pay up!

Another relatively inexpensive entry point lately has been Istanbul via Turkish Airlines. Turkish also regularly has great sales to other cities in Europe, even during peak travel months, usually involving an overnight stay in Istanbul.

Be sure you've signed up for plenty of deal alerts (ahem!) and keep an eye on @Airfarewatchdog.