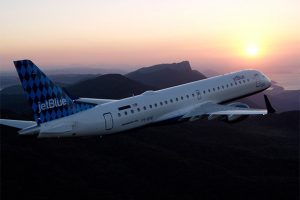 In a move that was widely anticipated, JetBlue this week abandoned its policy of one free checked bag. Now, JetBlue travelers will have to pay at least $15 for a first checked bag. The new policy is actually part of a completely new fare structure, in which the airline will offer four different fare levels:

JetBlue is also adding extra seats, which will ultimately devalue its vaunted "most legroom in coach" product. But the airline says that even after the change, it will still have more legroom than the base product of any other domestic line.

Industry mavens seem unanimous in their view that JetBlue's move is in response to pressure from Wall Street.

"You've been too good to your customers and not good enough to your stockholders," seems to be the mantra. They see those billions of dollars the giant airlines rake in from baggage fees and think JetBlue can strike gold by tapping that lucrative cash flow, too.

The question arises, however, whether degrading the product will wind up with negative rather than positive results. JetBlue's popularity has been based, to a large extent, on its policy of offering the measurably best economy product of any domestic airline. Degrading that product could cause a drop in market share.

I'm pretty sure that Southwest has carefully studied its "two bags free" and "no change fee" policies and concluded that it would lose more revenue—from lost customers—than it would gain by adding fees. JetBlue has apparently come to a different conclusion.

In any event, my guidance here boils down to a few key suggestions:

Even after the degradation, JetBlue's economy product will still be better than any other airline's economy product. And its new fees are still less than those charged by all of its major competitors other than Southwest.

Read the original story: JetBlue's New Bag Fees and Fare Structure Explained by Ed Perkins, who is a regular contributor to SmarterTravel.