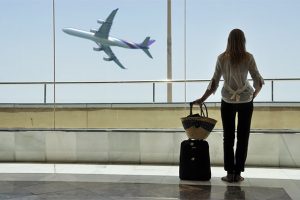 Every minute counts. That's especially true for commercial aircraft, which aren't making money unless they're airborne. To airline managers, a plane sitting at the gate, idle, is a money pit.

A persistent roadblock to getting planes back in the air has been passenger boarding. And one of the main culprits in slowing down the boarding process is the congestion caused by travelers' searching for space in the overhead bins and stowing their carry-on bags. With planes flying more than 80 percent full year round, that problem has become especially acute in recent years.

Last year, Delta experimented with a novel approach to speeding up the stowage of carry-ons, called Early Valet. On selected flights from Atlanta and Los Angeles, before general boarding, customer-service agents rounded up passengers' carry-on bags and deposited them in the storage bins above their assigned seats. Passengers then were free to proceed directly to their seats, unencumbered by their bags.

Apparently the test results were positive, because Delta this week began offering Early Valet again, this time at Atlanta, Detroit, Los Angeles, Minneapolis, New York, Salt Lake City, and Seattle airports. Once again, the service will be available only on selected flights, mostly those operated with longer single-aisle planes like Boeing's 757 and 737-900. According to the Atlanta Journal Constitution, Early Valet will be available on around 200 of the airline's 5,400 daily flights by mid-June.

At least for now, the service is complimentary—no charge, and no tipping allowed. Longer term, it's not hard to imagine Delta adding Early Valet to the list of services offered for a fee. It is, after all, an "ancillary revenue" opportunity. And every dollar counts.

Read the original story: Delta Tests Valet Carry-on Service by Tim Winship, who is a regular contributor to SmarterTravel.