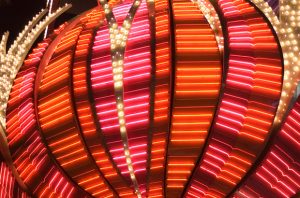 Las Vegas Hotels: 10 Secrets You Need to Know before Booking

The first thing you need to know about staying in a Las Vegas hotel is that it's different here. This stands to reason – Las Vegas isn't like other places, never mind the fact that there's an Eiffel Tower and a Grand Canal and even a Brooklyn Bridge. Vegas hoteliers follow nobody's rules but their own, generally speaking – for first-time visitors, there are a few key tips and tricks you need to know in order to keep your fun weekend from running aground. Here's what we wish someone had told us before our first visit (many, many years ago).

Las Vegas luxury may not be the luxury you are looking for. Like cruise ships and Walt Disney World, fancy in Las Vegas means fancy by Las Vegas standards. In most cities, it is entirely reasonable to expect five-star service from a resort that is repeatedly awarded five stars and/or diamonds by the people who hand out such awards. In Vegas? Not so much. You try giving the white glove treatment to every single guest in the 3,933 rooms and suites at Bellagio. How would you do? No, luxury in Las Vegas means that they spent a good bit of money on the rooms and that there are some terrific amenities on property – a spa, high-end restaurants, expensive landscaping. You are, however, just another body in a giant warehouse for humans, one with windows that won't open. If you're looking for exclusivity, there are lots of other cities you may like to visit instead.

The best hotel in Las Vegas is often the newest one. Las Vegas hotels do not necessarily age well. There is always a push to be the best and the most exciting. But then the next big thing comes along, purse strings get tightened, the opening team is lured on to the next big thing or, worse, out of town. The resort you loved five years ago may be nothing like you remember – always consult user review sites, which receive fresh content almost daily.

Accept the fact that in Las Vegas, you might be a valued guest, but you're also a potential risk. A risk that must be managed. By a Risk Management team. You don't want to cross these people anymore than you would a bouncer at a hot club. Sure, you may be the nicest, calmest, most honest person in the world, but to the vast and sophisticated security networks that keep the peace in these city-sized hotels each and every day, 365 days a year, you're also a potential threat. Think of Las Vegas resorts as towns – towns full of people who are prone to behaving poorly, because Vegas. (Or, rather, VEGAS!!! WOOOOOO!!!) These security forces deal with bad behavior all day to the point where everyone is suspect. If things go wrong in a club, if jewelry disappears from the bedside table, if you lose your wallet at a table or even if you just can't find your room key, don't be shocked if the people summoned to help start giving you the third degree (are you drunk, did you let strangers into your room, how do we know you are who you say you are, etcetera).

Oh, and if you're unhappy with the service at your hotel, never yell at the staff. In some nice hotels, this will send management scurrying to make it right. In Las Vegas, making a kerfuffle will generally cause some guys to appear. Some really, really big guys. Seemingly out of nowhere. Complain, fine, but for Pete's sake, lower your voice.

Everything goes insane on Thursdays. Looking to beat the crowds? In Las Vegas, Thursday is generally the new Friday. If you like things a little bit mellow, you'll generally want to show up late Sunday night – or, better yet, Monday – and leave by Thursday morning. Holidays and giant conventions are, of course, the exception. In those cases, it is perhaps best to be at least one state away.

Las Vegas is extremely loud. You'd think people would know this going in, but the evidence on user review sites like TripAdvisor proves otherwise – so many guests are shocked, shocked to find out that there's dancing going on. Dancing to music. Loud music, even! Not to be rude – we love a good night's sleep as much as anyone. We just don’t expect to get a good night's sleep on a Saturday night in Las Vegas when our room is upstairs from the hottest club in town right now. If you're a light sleeper, ask whoever checks you in to put you as far away from nightclubs, day clubs, pool clubs – any kind of club, really – as possible.

Even at the best hotels, check your mattress before getting into bed. Even the most diligent housekeeping teams can fall down on the job when the job is thousands of rooms per day. That's thousands of rooms full of people who don't tip properly, mind you. Check your mattress for bedbugs – it only takes a minute. A minute that could save your vacation.

Rooms in Las Vegas are generally worth the lowest published rate. As in other top destinations like Orlando or New York, Las Vegas hotel rates fluctuate almost to the point of absurdity – that $199 room might be going for $600 in just a few days time, due to demand. Guess what it's worth? Most weekends, not nearly as much as you're paying. That's life in Vegas.

Resort fees are almost a given at this point. Hotels without resort fees are now the exception in Las Vegas; pretty much any property you're considering will have them. They often add $30 or more to the nightly published rate. Some day soon, the government will likely have its say about this rather dubious "unbundling" of services, but for now, this mandatory fee will be charged for services you may or may not use during your stay. Some resorts offer freebies or discounts or free shuttles to sweeten a rather bad deal; at most resorts, however, it amounts to little more than a very hefty charge for use of the Internet. Predictably, these fees are highest at the most popular hotels; they're even downtown and in off-strip locations like Lake Las Vegas. (If you're curious, the last hotel on the Strip without a resort fee is the Best Western Plus Casino Royale, which actually isn't bad for the price point.)