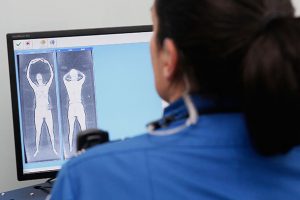 Can the TSA See You Naked?

I was in a security line at Boston Logan Airport, preparing myself for the old song-and-dance of removing shoes, cardigan, laptop, basically anything I was wearing or holding that wasn't attached to my body at birth. In front of me, a pair of fabulous silver-haired ladies was discussing the various indignities of airport security. The first was of the opinion that no one should see her nude. The second cracked, "I don't mind if they want to see me naked, but I hope they took a drink first."

That amusing comment got me thinking about the backscatter debacle and where we stand now. 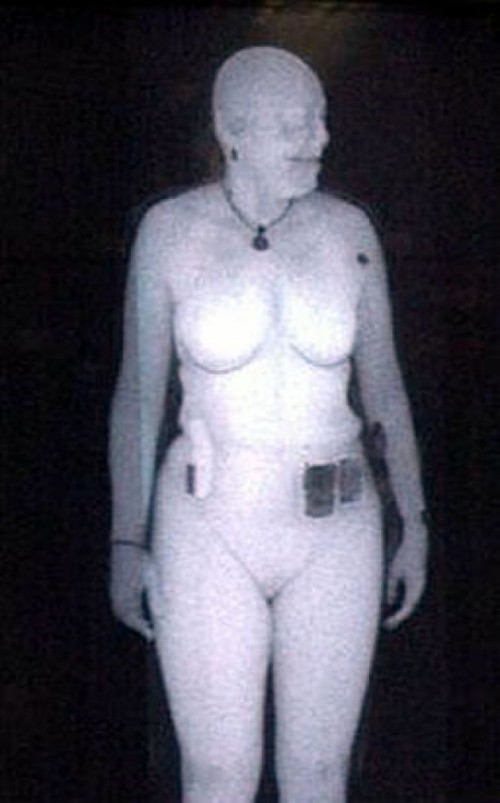 A bit of background: Between 2009 and 2013, the Transportation Security Administration (TSA) used scanning machines that produced very detailed images of passengers' bodies. A company called Rapiscan manufactured the machines, commonly referred to as backscatter scanners. The machines used X-rays, a form of ionizing radiation that reflects off of organic material and forms an image, thereby producing an essentially nude photograph of the passenger standing in the scanner. See the image at right. It doesn't leave much to the imagination.

After much media attention and public outcry, the TSA claimed that employees would not be able to identify passengers based on the near-naked photos. But privacy activists (and Congress) were nonplused. In 2013, bowing to legislative pressure to protect flyers' rights, the agency pulled the Rapiscan backscatter machines. Since Rapiscan was unable to substitute the nude images with generic images, and because of questions regarding the safety of X-rays, the backscatter machines were replaced.

So what kind of X-ray are you walking through now? Most likely, not an X-ray at all. These days, U.S. airports screen passengers using a machine called a millimeter wave unit. These devices bounce electromagnetic waves off flyers standing inside the scanner with hands raised overhead. If threatening items (weapons, chemicals, liquids, and so on) are detected on an individual, the machine pinpoints them on a generic, cartoon-like outline of a human body that appears onscreen. If none are detected, the screen says simply "OK" and the flyer is waved through. In September 2014, the TSA reported that there are about 750 millimeter wave scanners in use at 160 U.S. airports. So chances are, that's the kind of machine you will experience. They are purported to be safer than backscatter machines, and the images they produce are obviously not as violating.

(These machines, in use since 2013, generate a generic image. Photo: TSA) 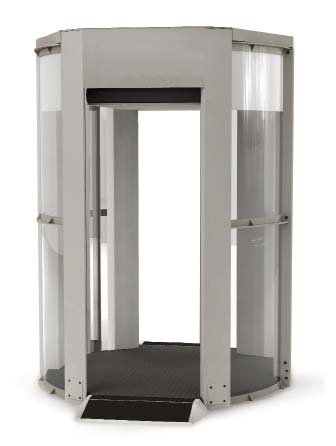 That still doesn't answer the questions of whether millimeter-wave machines are dangerous. Scientists are on the fence. Electromagnetic waves are low-frequency and non-ionizing, which means they can't directly produce charged ions. But other studies claim that exposure can have negative effects on cellular survival and lifespan, and the International Agency for Research on Cancer classified all electromagnetic radiation as "possibly carcinogenic." Consider the answer to this one "probably not harmful, but the jury is out." PhysicsCentral.com does an admirable job of explaining the science and risks, if, like me, your eyes go a bit crossed when you see a term like "frequency in gigahertz."

As for the question of privacy, that's up to you, readers. Knowing that the images produced by millimeter wave scanners are generic outlines, do you think the security procedures are still a violation?

Of course, no matter which machine you waltz through, if something suspicious is found on your person, the TSA reserves the right to administer a pat-down or body search. The scanner at Logan determined that a wayward bobby pin of mine was very suspicious. Yay.

(The top photo shows the old backscatter scanners with the full body outline. These machines are no longer in use. Photo: Getty Images/Scott Olson)

(The top right photo is of a full body outline, which is no longer in use. Photo: Wikipedia Commons)

This article was published by SmarterTravel under the title Can the TSA See You Naked?  Follow Dara Continenza on Google+ or email her at editor@smartertravel.com.