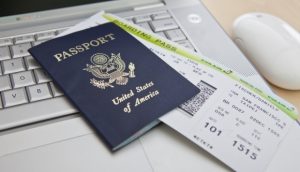 Are airfares pinching your wallet a little too tight these days? Deals are out there, you just have to know how and where to find them. Here are our top tips for finding cheap airfares this year.

A lot of airfare experts think they're clairvoyant, so they know where airfares are headed or how far in advance you should start looking for a fare. The latest myth is to buy exactly 54 days in advance. Others say buy on Tuesday at 3:00 p.m. or Wednesday at midnight or when the moon is full (just kidding). But airlines are unpredictable, and anyone who claims he or she knows that airfares will be lower or higher in the coming months or the coming days should trade in their crystal ball. No one can accurately predict where airfares are heading any more than we can predict the stock market. Think about it: If they really knew, they'd put every other airfare search operation out of business, and that hasn't happened. Don't believe me? Here's what an airline revenue manager has to say about this.

2. Search Often and Pounce When There's a Deal

Fares fluctuate throughout the day, the number of seats offered at the lowest fares changes frequently, and someone might be holding the only seat at the lowest fare but not end up booking it—so it goes back into inventory, and then it will be yours. So if you don't like the fare at 10:00 a.m., check at 2:00 p.m. or the next day or the next week and pounce when the fare is affordable. It's easy to leave the browser page open and keep hitting "refresh."

This is perhaps the easiest way to track airfares. Many travel websites offer emailed airfare alerts that let you know when fares go down, and they all have something to offer. Do a browser search for "airfare alerts" and you'll see what's available. They all work a bit differently, so sign up for more than one.

One thing to note: These sites use essentially the same airfare data provided by the airlines' computer systems or ITA Software (which is now owned by Google), so they won't include discounted promo-code fares, and they don't include Southwest Airlines. (Airfarewatchdog, however, includes handpicked fares from Southwest in its Fare Alerts.)

4. Sign Up for Airline Email Feeds and Frequent-Flyer Programs

Speaking of promo codes, the airlines want to develop a relationship with you, so they'll send you special deals, such as promo codes for 50 percent off or twofers, if you sign up for their emails. Read Airfarewatchdog's tips on signing up for alerts with domestic airlines and international airlines. We signed up for Virgin America's frequent-flyer program, and because we haven't yet flown with the airline, we've received many promo-code offers to give it a try.

Email is great, but some of the most amazing airfare deals last only a short time (even if they're valid for travel over a long period). Twitter is more immediate. Our advice? Follow @Airfarewatchdog's account, which tweets unusual airfare deals every day of the week and alerts followers to promo codes and other airfare deals.

6. Be a Flexible Flyer

If you don't care when you go as long as the fare is low, try a flexible-date search. It's getting harder to search airfares based on flexible travel dates now that many sites (Orbitz, Hotwire, Travelocity, and Expedia among them) have eliminated their flexible-date calendars. But Kayak still has a good one (you must register as a user to see it under "more search options"). Another good site is Adioso, and Google has two sites worth exploring, Google.com/flights/explore and Google.com/flights. See more about flexible-date travel searches here.

Many airlines have "private" sales, reserving their very best fares for their own sites. These are different from promo-code sales. International airlines such as Aer Lingus, Iberia, and Qantas regularly offer lower fares (i.e., $100 to $400 less) on their own websites compared to what you'd find on Kayak or Orbitz. And yet, you shouldn't ignore online travel agencies such as Expedia and Travelocity, because these sites will tell you if it's cheaper to fly out on one airline and back on another (United won't tell you that it's cheaper to fly out on United and back on American).

8. Use Priceline for Last-Minute Trips

If you don't have a seven-, 14-, or 21-day advance-purchase window to buy your fare, your best bet is the "name your own price" feature on Priceline. True, you won't know the exact flight times or airline you're flying until you pay for your trip, but you can save 50 percent or more.

9. Use Consolidators but Beware of Restrictions

Consolidators specializing in premium cabins will have some great deals, and the airlines themselves will be heavily discounting their premium cabins, so check the specials on their websites. Sites like Vayama, Airfare.com, and Asia.com also sometimes sell consolidator fares, but read this to understand how these fares work and what the extra restrictions might be.

10. Consider Extra Fees Before You Buy

If Southwest has a fare of $198 round-trip and United has one for $148 but you're checking three bags, then flying Southwest actually makes the most sense. Southwest charges nothing for the first two checked bags, whereas United would charge you an additional $165 each way for three. Use SmarterTravel's updated baggage-fees chart here for more information.

11. Combine Two Fares Rather Than Buying One Fare

If you're flying to a destination in Europe, you might save money by purchasing one fare from the U.S. to, say, Dublin, and another from Dublin onward on Ryanair (just beware of Ryanair's onerous fees). The same holds true for some destinations in Asia (fly into Singapore and, from there, catch a low-cost carrier such as AirAsia) and some smaller Caribbean destinations via San Juan or the Bahamas. Even domestically, two fares are often less than one; in a recent search, Dallas to Honolulu was selling for $350 round-trip with tax, but Houston to Honolulu was $800. As you're no doubt aware, you can fly from Houston to Dallas for a lot less than $450! Just be sure to give yourself plenty of time between connecting flights in case one flight is delayed.

12. Buy with Airlines That Refund the Difference If a Fare Drops

Let's say you've found the lowest nonrefundable fare, and the day after you purchase it, the price of the same itinerary goes down. If you ask for it, you can get a refund for the difference. But some airlines will charge you a costly "administrative" fee of $200 or more, wiping out any savings. Others will give you the entire fare difference in the form of a travel voucher without extracting a fee. All airlines used to do this but no longer. The only ones left are Southwest, Alaska, and, for Mosaic frequent flyers only as of Aug. 14 last year, JetBlue.

13. Search to and from Alternate Airports

Look at Tokyo Haneda as well as Narita; look at Gatwick as well as Heathrow. Consider flying from Little Rock if Memphis is too pricey, and Orlando Sanford on Allegiant rather than Orlando International. Frontier flies from Trenton, New Jersey, as an alternate to Newark, and so on. Or travel a bit more, by train or bus, to a cheaper airport. Recently, peak July fares from Newark to London Heathrow on nonstop flights were priced at $1800 round-trip. But Virgin/Delta had nonstops from Philadelphia for $985 round-trip for July travel. NJ Transit fares from Newark to Philly? $22.50 round-trip plus $7 each way to the Philadelphia airport from Philadelphia 30th Street Station.

Airfarewatchdog's fare pages and alerts are set up to show nearby airports as a default.